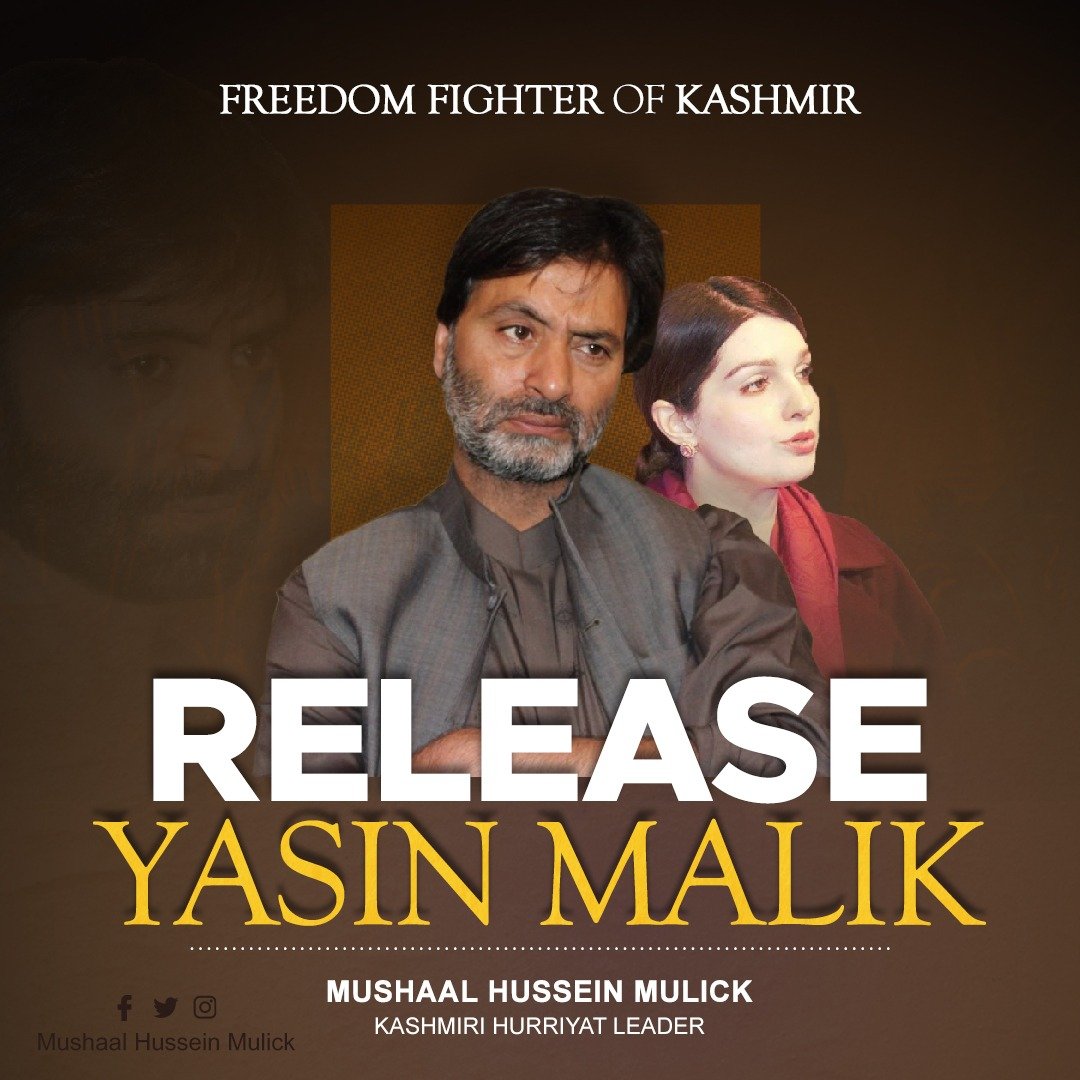 ISLAMABAD: Posters have appeared in Srinagar and other areas to register the Kashmiris’ protest, in India illegally occupied Jammu and Kashmir against the illegal detention of JKLF Chairman Muhammad Yasin Malik and other Hurriyat leaders and youth languishing in different jails of the territory and India.

The posters have also appeared on social media with pictures of the illegally detained JKLF chief demanding his release, Kashmir Media Service reported. The posters read: “Indian illegal occupation authorities used all brutal means and inhuman tactics to silence Yasin Malik’s voice but they miserably failed in their nefarious designs”.

The posters also read: “Yasin Malik is the torch-bearer of Kashmiris’ right to self-determination and he is determined to take his mission to its logical conclusion, come what may”.

“The health of Yasin Malik’s mother is fast deteriorating with each passing day due to her long separation from her son as the brutal occupation authorities have not allowed him to be with her for over two years”, the posters further read. The posters conveyed a message to India that the Kashmiris will never surrender their just demand for their right to self-determination.

Also, the posters displayed by various pro-freedom organisations in Kashmir appealed to the United Nations to shun its criminal silence and indifference on Kashmir and urged the World Body to take notice of the violation of the Kashmiris’ right to self-determination recognised by various UN Security Council resolutions, especially the one passed on January 5, 1949.