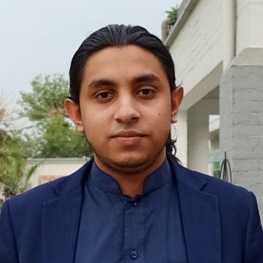 In the realm of warfare, the use of non-kinetic resources is growing with every passing day. In addition to cyberattacks, 5th generation warfare (5GW) involves the spread of misinformation and propaganda with the help of internet, media platforms and artificial intelligence. “Data is the new oil” has become a common refrain as data is a valuable commodity for political gains and monetary benefits. People belonging to the upper strata of society have always been interested in buying media outlets to further increase their social stature. It is due to the power that media offers, Jeff Bezos bought the Washington Post newspaper for $ 250 million in 2013 and Elon Musk offered $ 44 billion for buying Twitter. There are myriad ways in which technology can be used by adversaries to create deterrence, anarchy and political schism in our society.

In the history of hybrid warfare, one of the most devastating cyberattacks included the use of a malicious computer worm, Stuxnet. The covert mission code-named “Olympic games” was conducted by the United States and Israel against Iranian nuclear program using Stuxnet. The classified effort started under the regime of George W Bush in 2006 when General James Cartwright who was then head of U.S Strategic Command introduced the idea. Overall, the cyberattack which was finally executed under the Obama administration was responsible for destroying 1,000 of Iran’s 6,000 centrifuges at the uranium enrichment plant in Natanz.

In the area of perception and opinion building, technology also plays a major role. During the U.S elections in 2016, far-right content was promoted and pushed through social media outlets for the support of Republicans. Andrew Bosworth, a Facebook executive and a close friend of the firm’s chief executive Mark Zuckerberg, claimed the company was responsible for Donald Trump’s victory during U.S elections. According to an indictment issued by special counsel Robert Mueller, a Russian organisation called the Internet Research Agency bought ads on social media to help the former president during his campaign. The Russian organisation was responsible for promoting Donald Trump and disparaging Hiliary Clinton. It is pertinent to mention here that Donald Trump’s campaign has also been accused of discouraging 3.5 million black Americans from voting by showing them negative ads about Hilary Clinton on Facebook. The gravity of situation and power of technology can be realised by studying the report issued by Pew Research Center which suggests, black voter turnout rate declined for the first time in 20 years during U.S presidential elections in 2016.

Unfortunately, Pakistan has also been subjected to 5th generation warfare due to nefarious motives of the adversaries. The report “Indian Chronicles”, published by the Brussels-based organisation EU DisinfoLab, which meticulously exposed a network of 500 fake media outlets that India had been using for 15 years to portray a negative image of Pakistan in the European Union and the United Nations should be eye-opening for the nation. Amidst all the recent political turmoil, this nation has been through, hostile intelligence agencies are exploiting the situation by trying to turn the nation against it’s military. A set of fake audio recordings of former senior military officials were leaked on social media to malign the prestigious institution. Afterwards, all those former senior military officials clarified that the recordings were fake and voices in those recordings did not belong to them.

There are a few steps that can be taken by policy makers to thwart the spread of propaganda in Pakistan during these trying times. In this era of “Information Warfare”, we do not have offices of social media giants in our country, which has become a huge hurdle in blocking of anti-state content. Opening offices of social media companies would eliminate the hindrance that is present in censorship matters as it would offer a direct contact of our government officials with the representatives of social media companies. An effort to ensure censorship by opening offices of social media platforms in Pakistan was made by government officials through ‘Citizen Protection Against Online Harm Rules 2020’. In response, the tech companies combined and threatened to make their services unavailable to 70 million Pakistani internet users as they believed it was an attempt against freedom of speech to censor content. Policy makers should now have negotiations with individual social media company instead of trying to handle all of them in a single attempt. Another step, albeit a technical one, can be introduction of alternate social media applications that can be censored by the government to counter weaponized narratives of enemy. One great example is China, where people use applications such as WeChat as an alternative to Facebook, whilst Baidu is commonly used instead of Google, yet the country is making huge progress economically, technologically and militarily. Lastly, the intelligentsia should raise awareness of hybrid warfare to halt the spread of misinformation as it is the need of the hour. People should be guided about the detrimental results of sharing content without verifying it beforehand.