The teaser for Resident Evil is out — but where is Ahad Raza Mir? 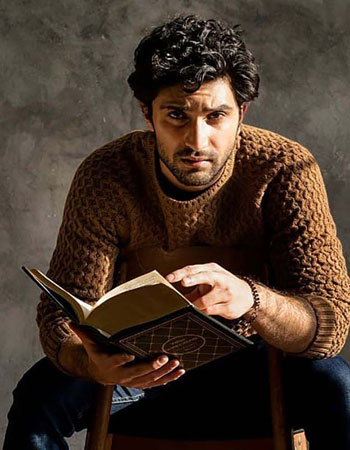 Fans are disappointed the actor wasn’t featured in it but are nevertheless pumped to see him in the series releasing on July 14.

Actor Ahad Raza Mir sparked excitement amongst fans after Variety announched he’s going to be starring in the upcoming Resident Evil series, which is releasing on July 14. The official teaser just came out and fans hit the play button, ready to see their favourite actor only to end up disappointed. This did not dampen their enthusiasm, though. They’re holding onto their seats, anticipating the release of the show this summer.

The teaser for the video game adaptation was released on May 12 and featured some startling action sequences as time skips 14 years into the future – from 2022 to 2036 – and the world transitions to a zombie apocalypse. The Aangan actor shared the teaser on his Instagram, attaching Netflix’s official caption to it.

“Nothing eventful ever happens in the peaceful New Raccoon City. The legendary fran-chise Resident Evil brings its battle for survival to Netflix on July 14th,” he wrote.

The teaser opens normally, with Albert Wesker from season one making a move to New Raccoon City with his daughters, and picks up the pace fast as rat testing at a laboratory enters the picture. The rats turn violent and the world transforms – next thing you know, it’s all guns firing, bomb blasts, people screaming and blood splattering all over the place as the words “Evil has evolved” flash across the screen. The one thing it doesn’t feature is Ahad Raza Mir.

The Resident Evil series – based on a Japanese video game series of the same name by Capcom – will tell a brand new story. The character of Albert Wesker will be played by American actor Lance Reddick. Other cast members include Siena Agudong, Tamara Smart, Ella Balinska and Adeline Rudolph amongst others.

The Resident Evil franchise also consists of a number of action-horror movies starring Ukraine-born actor Milla Jovovich (Alice) and Michelle Rodriguez (Claire Redfield), leaders of a commando team who must break into a a vast underground genetics labora-tory where a deadly virus has been unleashed, turning people into the “undead” – hu-mans who have died and been brought back to life by the virus.

Ahad has made a name for himself in Pakistan’s entertainment industry through dra-mas such as Yaqeen Ka Safar, Ahad-e-Wafa and Ye Dil Mera. He recently starred in Dhoop ki Deewar alongside fellow actor and his wife Sajal Aly, a ZEE5 web series that depicts a cross-border love story.

He is the son of actor Asif Raza Mir who starred in PTV serials such as Samundar and Tanhaiyaan. Asif was also seen in later television serials such as Ishq Gumshuda and Choti Choti Baatein. Ahad is not the only one going international, his father is part of the Gangs of London cast – season two releasing this year.