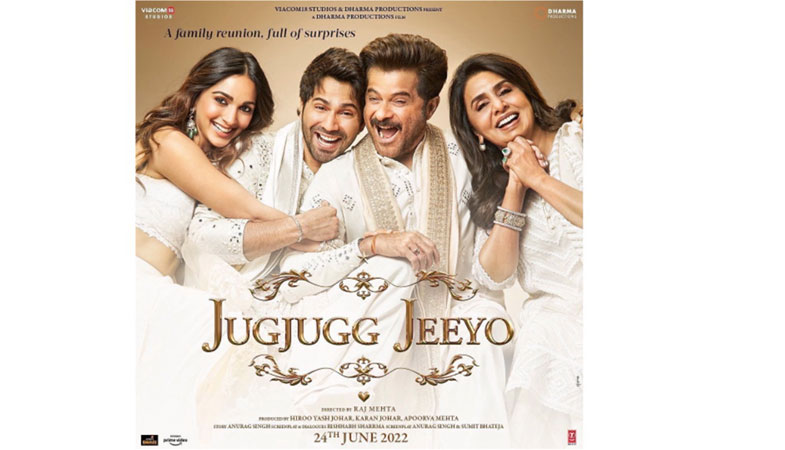 Bollywood veteran actress, Neetu Kapoor has been in the news recently for both personal and professional reasons. The legendary actress has been praising her daughter-in-law Alia Bhatt since her son Ranbir Kapoor married his ladylove Alia Bhatt lately.

Interestingly, Alia is also quite excited about the first poster of Jug Jugg Jeeyo.

Taking to her Instagram story, she shared Neetu Kapoor’s post about the first post of the movie and shared a sticker with it which read as, “WOHOOO!”. Clearly, Alia is looking forward to Jug Jugg Jeeyo and is emerging as her mother-in-law’s biggest cheerleader. To note, Jug Jugg Jeeyo will mark Neetu’s first collaboration with Anil, Kiara, and Varun. This Raj Mehta’s directorial will also mark her return to acting after nine years. She was last seen in Ranbir Kapoor’s 2013 release Besharam which also featured Rishi Kapoor in a key role.

Meanwhile, a few media reports on Jug Jugg Jeeyo claimed, “It’s a tale of two spouses from various eras, intertwined around post-marriage troubles.” The notion skillfully bridges the generation divide and makes a unique statement about love, all while injecting plenty of comedy. Though both films feature two spouses as central characters, the presentation and narrative are very different. Jug Jugg Jeeyo is primarily about families and the love that exists between a married son and his father and mother, who are played by Anil and Neetu.” Varun Dhawan will be romancing Kiara Advani for the first time on the big screen in Jug Jugg Jeeyo. Surprisingly, there has been talk of Jug Jugg Jeeyo’s album being released digitally.