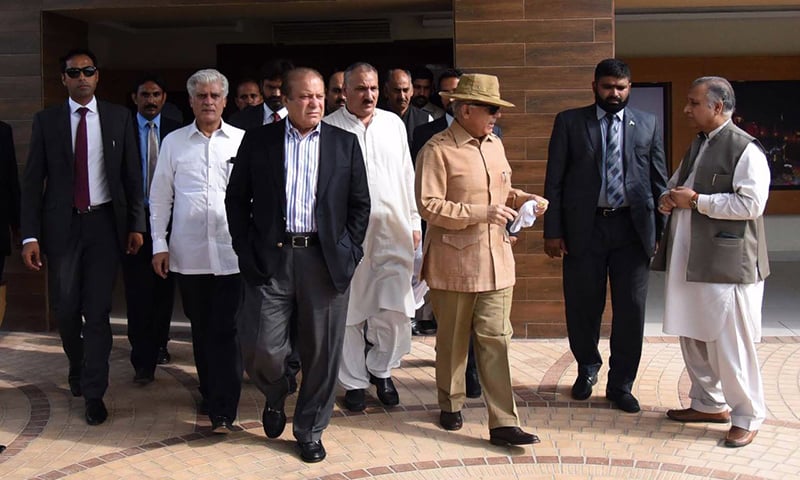 The top leaders of the PML-N, including Prime Minister Shehbaz Sharif, have decided to extend their stay in London in order to continue consulting with party supremo Nawaz Sharif on the current political situation in Pakistan.

According to sources cited on Friday, the PML-N members of the federal cabinet who are currently on a visit to London have decided to extend their stay by 30 hours.

Earlier, it was determined that all other PML-N members would return home today, while Shehbaz Sharif would remain in London for an additional day to consult with his older sibling.

According to sources, however, the visiting PML-N leaders will meet with Nawaz Sharif for the second round of consultations today.

They informed the media that it had been decided in the consultation meeting to improve the economy and to return Mian Sahib to Pakistan.

They disclosed that Mian Nawaz Sharif was consulted on a variety of issues and that the PML-N would not be acting alone in determining the outcome of the next general election. For the elections, it was stated that allies would be consulted.

Regarding the voting rights of Pakistanis abroad, they stated that they were working on it. Infringers of the Pakistani constitution will be punished in accordance with the law, they said.

The government would not permit anyone to spread anarchy in the country, as it was reported that Imran Khan intended to gather people in Islamabad for the purpose of creating chaos.

The PML-N leaders remained tight-lipped about the major decisions made at Thursday’s high-level meeting with Nawaz Sharif, though Interior Minister Rana Sanaullah later praised the military’s decision to stay out of politics.