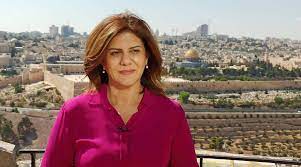 Ramallah, Palestinian Territories: Palestinians planned a memorial service Thursday for journalist Shireen Abu Akleh who was killed while covering an Israeli raid in the West Bank, but have rejected US-led calls for a joint investigation into her death.

Palestinian-American Abu Akleh, 51, a veteran of Qatar-based Al Jazeera’s Arabic TV service, was shot in the head during clashes in the Jenin refugee camp, a major flashpoint in the Israeli-Palestinian conflict.

Israel’s Defence Minister Benny Gantz conceded late Wednesday that it could have been “the Palestinians who shot her” or fire from “our side” — appearing to walk back Prime Minister Naftali Bennett’s remarks that she was “likely” killed by stray Palestinian gunfire.

“We are not certain how she was killed but we want to get to the bottom of this incident and to uncover the truth as much as we can,” Gantz told reporters.

Al Jazeera, Palestinian officials and witnesses said Abu Akleh was killed by Israeli forces, and the network insisted she was targeted “deliberately” and “in cold blood”.

Israel has publicly called for a joint investigation into the killing and asked Palestinian authorities to hand over the bullet that struck Abu Akleh for forensic examination.

An Israeli security source told AFP that Israel was prepared to examine the projectile in front of Palestinian and US officials, “out of transparency”.