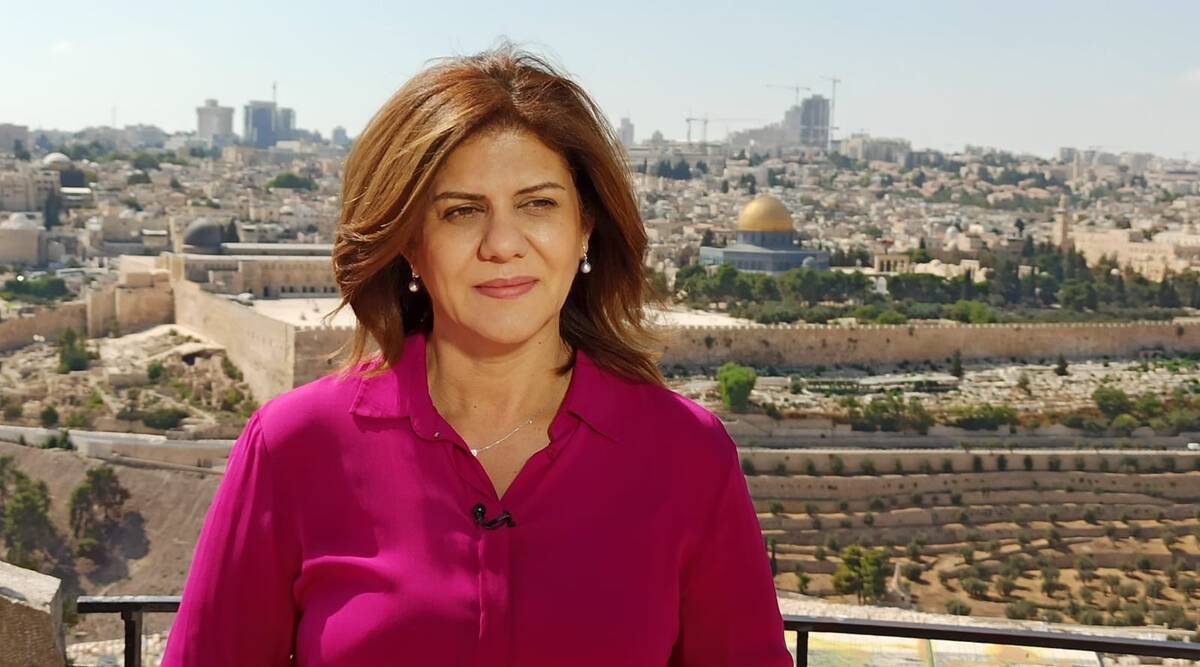 JENIN, WEST BANK: An Al Jazeera reporter was killed by Israeli army gunfire in the occupied West Bank on Wednesday, the Qatar-based news channel said, but the military said she may have been shot by Palestinians as they clashed with its troops.

One Palestinian official said Shireen Abu Akleh had been “assassinated” by Israeli forces while reporting on a raid in the city of Jenin, which has seen intensified army raids in recent weeks as violence has surged.

In a statement, the military said its troops had shot back after coming under “massive fire” in Jenin and that “there is a possibility, now being looked into, that reporters were hit — possibly by shoots fired by Palestinian gunmen”.

Al Jazeera reported that Abu Akleh was hit by a live bullet after which she was rushed to a hospital where the doctors declared her dead.

“What we know for now is that the Palestinian Health Ministry has announced her death. Shireen Abu Akleh was covering the events unfolding in Jenin, specifically, an Israeli raid on the city, which is north of the occupied West Bank, when she was hit by a bullet to the head,” the publication quoted another one of its journalists, Nida Ibrahim, as speaking from the Palestinian city of Ramallah.