Imran Khan not to be arrested for holding public rallies: Javed Latif 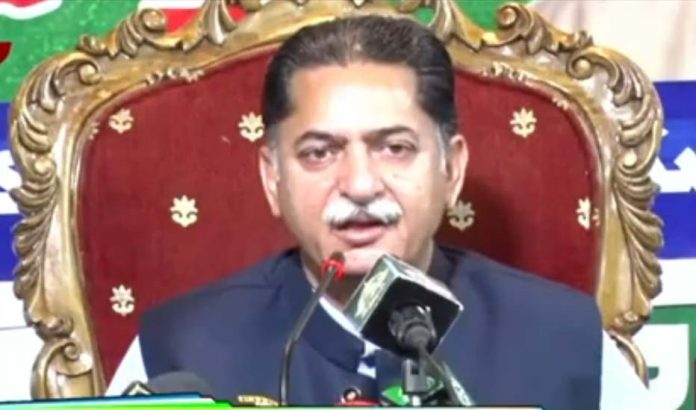 ISLAMABAD: Federal Minister Mian Javed Latif on Tuesday called for the collective efforts to bring an end to the mischief of PTI’s leadership for ensuring economic and political stability, which was crucial to the country’s progress and development.

Pakistan Tehreek-e-Insaf (PTI) Chairman Imran Khan would not be arrested for holding public rallies, but no such step would be allowed which might jeopardize political and economic stability of the country, he said while addressing the ‘Meet the Press Programme’ at the National Press Club.

He recalled that it was started in 2014 when the Chinese President expected to visit Pakistan. Had the action against Imran Khan taken at that time, the situation would have been quite different, he added. Javed said he was not in support of the cases being registered against the PTI leadership on the pretext of Masjid-e-Nabvi incident.

“However, I will give suggestion in the Federal Cabinet today to arrange a joint sitting of all the religious scholars, security institutions and political leaders to chalk out a roadmap for getting rid of this chaos under which a conspiracy is being hatched to create anarchy in Pakistan which is the fort of Islam.”

He said the PTI had already brought the country to the verge of anarchy by violating the constitution and democratic norms. Imran Khan should be tried under Article 6 of the Constitution for taking the unconstitutional steps in the wake of a no-trust motion moved against him by the then opposition in the National Assembly.

The minister called upon all the segments of the society to make efforts for upholding the law and the constitution in order to take forward the country.