Areeba Habib pays tribute to her mother on Mother’s Day 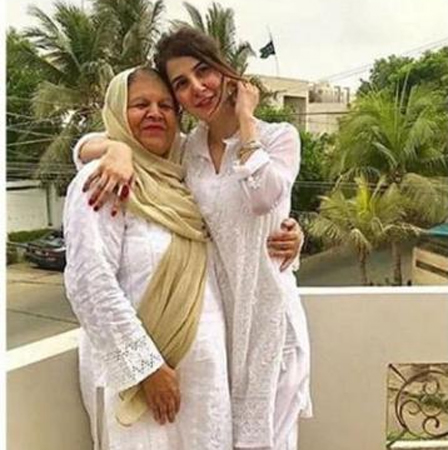 Actor Areeba Habib paid tribute to her mother on Mother’s Day and the pictures of them together went viral.

The Koi Chaandh Rakh star wrote she was nothing without her mother.

Moreover, the pictures of them together went viral as well. It is pertinent to mention that the celebrity frequently takes to the picture and video-sharing social media platforms to post pictures of her with her mother. Moreover, she posts visuals of her family and projects.

In a recent photoshoot, she looked stunning in photos of her wearing a red kurta shalwar. The gallery got thousands of likes as well.

Areeba Habib, who received praise for her performance in Jalan and Koi Chaand Rakh, got engaged to Saadain Imran Sheikh last year. They got married in December.

Recently, the actor announced she was moving to Germany with her husband. The actor said her husband lives and has his business in the country.

The actor, speaking about her married life, said there were no significant changes in her life following her wedding. She said she misses her mother and they talk on the phone every night.