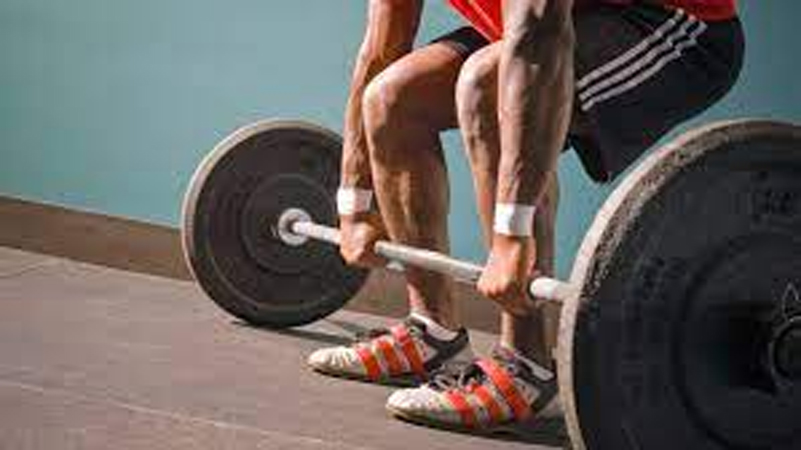 LAHORE: Sports at the elite level are about maximising performance and gaining every advantage possible within reason. To dope and use banned, performance-enhancing drugs is to knowingly gain an outlawed advantage over competitors. It is lamentable that Pakistan is in hot waters these days after six of its national weightlifters have been suspended by the International Testing Agency over doping offences. The Pakistan Weightlifting Federation (PWF) is also facing a lengthy ban from the International Weightlifting Federation. Pakistan’s star weightlifter Talha Talib, who won hearts after his sensational performance at last year’s Tokyo Olympics where he finished fifth in the 67kg class, is among the weightlifters who have been suspended. Talha’s performance had provided hopes of a golden future for Pakistan’s weightlifters, but his involvement in the doping scandal threatens Pakistan’s international weightlifting future. Talha along with two others, Abubakar Ghani and Sharjeel Butt, were due to take part in this year’s Commonwealth Games in Birmingham. They are now out of the Games, due to begin in July, and their coach Irfan Butt – the son of PWF President Hafiz Imran Butt – is also facing suspension.

It is interesting to note that three weightlifters Ghulam Mustafa, Abdur Rehman and Farhan Amjad had refused to give their samples to an ITA team that raided the Railways Stadium in Lahore on November 10, 2021. The quartet had asked the ITA investigators for their identities, which the latter refused to show and waited for an hour before putting that case into non-compliance. “A joint ITA and World Anti-Doping Agency investigation, initiated on the basis of ITA intelligence, also resulted in the ITA asserting apparent Anti-Doping Rule Violations against four Pakistan weightlifters under Article 2.3 of the IWF Anti-Doping Rules (Evading, Refusing or Failing to Submit to Sample Collection) for refusing to submit to sample collection during an attempted out-of-competition test conducted by the ITA in Pakistan on November 10, 2021,” the ITA said in a statement. The members of the Pakistan team who have not been caught in doping offences are training at the camp in Lahore for the Birmingham Commonwealth Games. They include Nooh Dastagir Butt in the superheavyweight category, Hanzala Dastagir Butt in the 109kg class and Haider Ali at 81kg. Any country with three or more doping offences within a year faces a ban of up to four years along with fine of up to $500,000.

It is very unfortunate that the Pakistan Kabaddi Federation (PKF) is also in dire straits after seven of its top national players were tested positive last month. The names of seven kabaddi players who have been tested positive for performance-enhancing drugs are Abdul Rehman, Sajid Nisar, Kashif Ashraf, Farhan Khan, Muhammad Irfan, Ali Shan and Muhammad Nafees Shahid. All these players have used anabolic steroids to enhance their performance. Out of 13 tests conducted on the players, seven turned positive. All these players were tested positive during the National Kabaddi Championship held in Lahore in January 2022. The Pakistan Olympic Association (POA), under the direction of its President Lt Gen (r) Syed Arif Hasan, has constituted committees to look deeply into the reasons for such startling breaches and probe the involvement of unseen hands in such a large number of positive cases. It is pertinent to mention here that the Pakistan Olympic Association in 2019 suspended the Athletics Federation of Pakistan (AFP) after its three athletes tested positive for doping at the South Asian Games 2019.

Nowadays, sports are no longer just sports; as sports become an industry, a business, a reason for political or national pride, and these facts can only lead to breaking any rules to win. Sometimes, consciously, camouflaged, with a network of specialists behind or on their own, some athletes think “maybe they won’t catch me”; because today sports mean sponsors, advertising contracts and money and for that some believe that any risk is worth taking. Even risks to their own health (often with huge and irreversible consequences) no longer matter. Given victory’s financial and social rewards, doping will not likely disappear from the athletic landscape but can be reduced with stringent measures.

What is doping?: Doping’ refers to the use of banned substances in competitive sports. Performance enhancing drugs (PEDs) is another term used to for drugs used by athletes to improve their athletic performance. Doping in sports is a widespread problem not just among elite athletes, but even more so in recreational sports. In scientific literature, major emphasis is placed on doping detection, whereas detrimental effects of doping agents on athletes’ health are seldom discussed. Androgenic anabolic steroids are well known for their positive effects on muscle mass and strength. Human growth hormone also increases muscle mass, although the majority of that is an increase in extracellular fluid and not the functional muscle mass. In recreational athletes, growth hormone does not have major effect on muscle strength, power or aerobic capacity, but stimulates anaerobic exercise capacity. Thus, there are certain drugs that can improve selective aspects of physical performance. However, most of the doping agents exert serious side-effects, especially when used in combination, at high doses and for a long duration.

Depending on the country’s legislation, doping substances can be bought from pharmacies, supplement stores or, most commonly, from the black market. For a substance or performance improvement method to be classified as doping, it must meet at least two of the following three criteria: to improve performance, to present a hazard to the health of the athlete and to violate the spirit of sport. Other methods of improving performance such as blood transfusions are also included in the doping category. Historically, bodybuilding, athletics, and cycling have had the biggest problem with drug abuse. It is likely that athletes and mass organisations believe that they can or are getting away with it. Despite the obvious questionable conscious element to that line of thinking, the truth usually comes to light. Cheats never prosper. Just ask Russia, the nation that has become the face of sports doping in the modern era and was recently banned from the Olympics and global sports for four years.

Emergence of WADA: The 1998 Tour de France was won by Marco Pantani, but it will always be remembered for police raids, arrests, rider protests and the definitive exposure of widespread doping in the world’s biggest race. Another scandal that shook the world was that of Lance Edward Armstrong, an American former professional road racing cyclist. He was known for winning the Tour de France seven consecutive times, from 1999 to 2005, the most in the event’s history, after recovering from testicular cancer. Armstrong’s reputation was tarnished by a doping scandal and he was stripped of all of his achievements from August 1998 onward, including his Tour de France titles. Armstrong became the subject of doping allegations after he won the 1999 Tour de France. For years, he denied involvement in doping. In 2012, an investigation concluded that Armstrong had used performance-enhancing drugs over the course of his career and named him as the ringleader of “the most sophisticated, professionalised and successful doping programme that sport has ever seen.” After spending years denying allegations, Armstrong admitted to using performance-enhancing drugs in an interview with Oprah Winfrey in 2013. Other known athletes involved in doping were Diego Maradona (football), Ben Johnson (athletics), Roy Jones Jr (boxing), Andreea Raducan (gymnastics), Marion Jones (athletics), Shane Warne (cricket), Shoaib Akhtar (cricket), Barry Bonds (baseball), Alberto Contador (cycling), Tyson Gay (athletics), Maria Sharapova (tennis) and Anderson Silva (UFC).

After the events that shook the world of cycling in the summer of 1998, the International Olympic Committee (IOC) decided to convene a world conference on doping, bringing together all parties involved in the fight against doping. The first world conference on doping in sport held, in Lausanne, Switzerland, on February 2-4 in 1999, produced the Lausanne Declaration on Doping in Sport. This document provided for the creation of an independent international anti-doping agency to be operational for the Games of the XXVII Olympiad in Sydney in 2000. Pursuant to the terms of the Lausanne Declaration, the World Anti-Doping Agency (WADA) was established on November 10, 1999, in Lausanne to promote and coordinate the fight against doping in sport internationally. The WADA was set up as a foundation under the initiative of the IOC with the support and participation of inter-governmental organisations, governments, public authorities, and other public and private bodies fighting doping in sports. The WADA consists of equal representatives from the Olympic Movement and public authorities. The WADA, set up to combat illegal performance enhancement in sports, defines doping as use of drugs that meets two of three criteria: enhancement of athletic performance, harm to health or safety, and violation of the ‘spirit of the sport’.

Doping won’t disappear: Nowadays, sports are no longer just sports; as sports become an industry, a business, a reason for political or national pride, and these facts can only lead to breaking any rules to win. Sometimes, consciously, camouflaged, with a network of specialists behind or on their own, some athletes think “maybe they won’t catch me”; because today sports mean sponsors, advertising contracts and money and for that some believe that any risk is worth taking. Even risks to their own health (often with huge and irreversible consequences) no longer matter. Given victory’s financial and social rewards, doping will not likely disappear from the athletic landscape but can be reduced with stringent measures.

Although anti-doping controls are becoming more rigorous, doping and, very importantly, masking doping methods are also advancing, and these are usually one step ahead of doping detection techniques. Fundamentally, doping is cheating. It brings the sport into disrepute and, once they are caught, irreparably damages the reputation of athletes who choose to knowingly compromise their careers as well damages the country they are representing. Doping also undermines years of training and defeats the purpose of naturally pushing and improving the human body. What is the point of training and rising to an international level if, once there, you take a shortcut and use illegal substances to beat others who are clean? It is high time for the Pakistan Olympic Association, Pakistan Sports Board and National Sports Federations to tackle the issue with an iron hand as country’s reputation is at stake. Sports must continue to fight one of the biggest threats to their credibility and continue handing out harsh sanctions until the message is unequivocal. Doping is wrong and always will be.