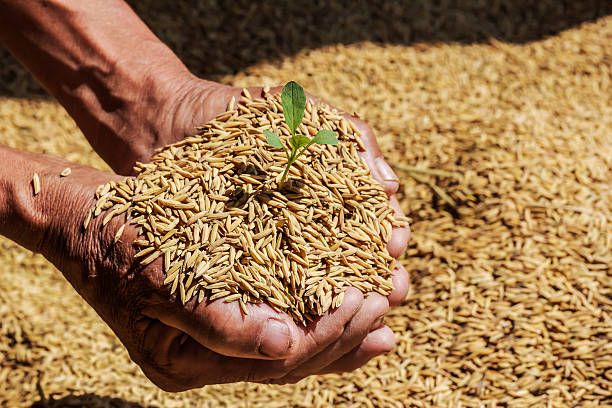 ISLAMABAD: Pakistan Hi-Tech Hybrid Seed Association Sunday demanded of the government immediate withdrawal of 17% Sales Tax on all kinds of agricultural seeds to avoid shifting of its burden on poor people besides fully protecting planned Chinese investment on “China Hybrid Agriculture Model and Transfer of Technology” under phase-II of CPEC.

Presiding over Executive Committee meeting of the association here Sunday, Chairman Shahzad Ali Malik said it will definitively jeopardise envisioned investment avenues in agriculture sector and act as disincentive for Chinese investors in relation to their planned investments in CPEC having major focus on “ China Hybrid Agriculture Model and Transfer of Technology”.

He said agriculture together with agro based products fetches sizeable chunk of country’s total exports earnings. He said Pakistan is in direct competition with the top agricultural produce exporting countries of the world and levy of 17% ST on agriculture seeds will result in a sharp decrease in Pakistan’s agricultural yields and exports. He said it’s burden will be shifted to poor people as well in a shape of at least 20% increase in the prices of all essential crops.

He feared that this unjustified tax would force farmers and growers to use local home grown low quality seeds which will ultimately lower per acre yield. Shahzad Ali Malik said more than 42% labour force is engaged in this sector and levy of ST will eliminate the chances of job opportunities. He said this uncalled for ST will discourage the promotion of best quality hi tech hybrid seeds in Pakistan resulting loss of bumper agricultural production.

In view of above genuine legitimate grievances, association on behalf of the entire agricultural sector make an impassioned appeal to Prime Minister Shehbaz Sharif to withdraw ST in question in the larger national interests of overall economy of the country, he concluded.