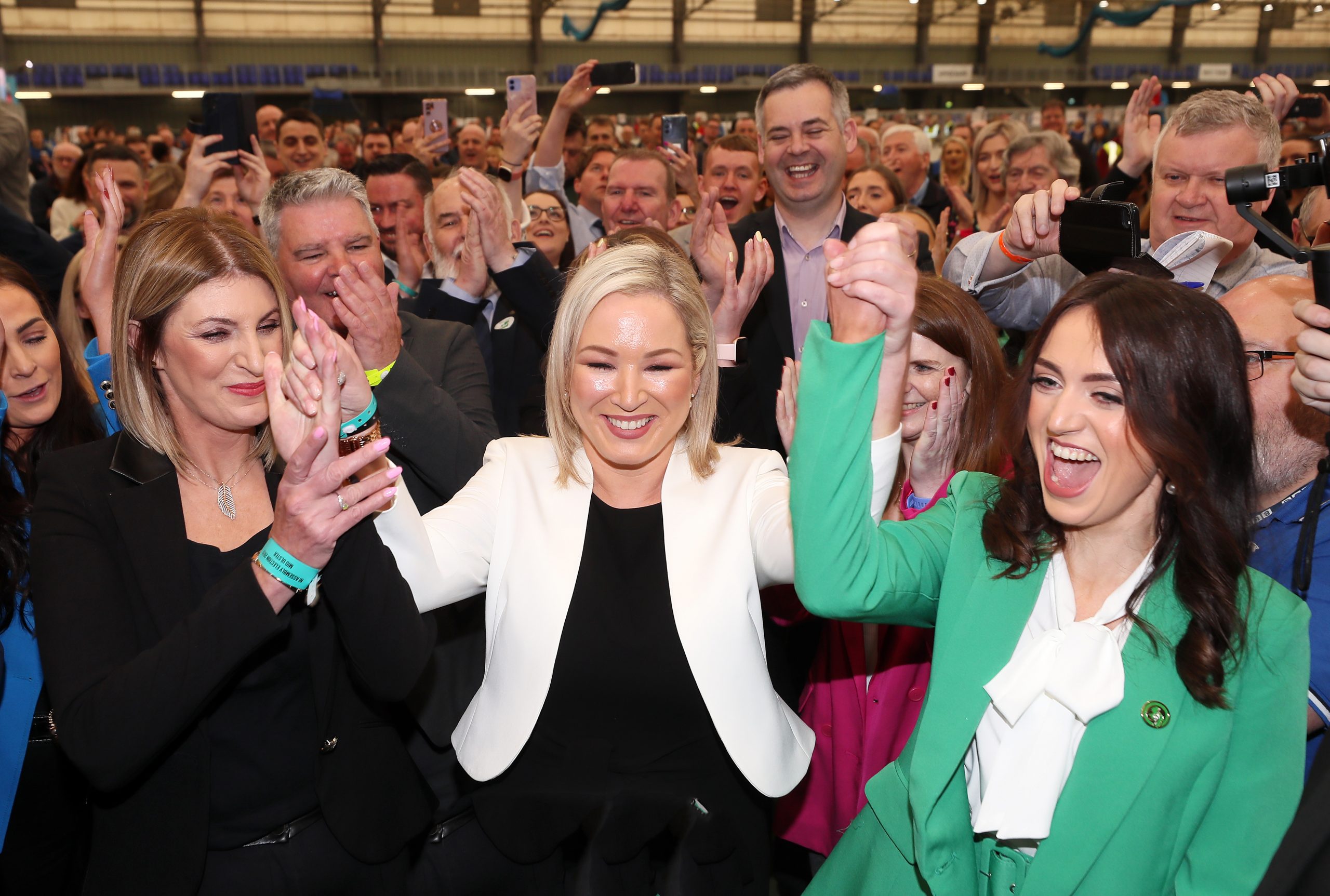 Irish nationalists Sinn Fein were poised Saturday for a historic first-ever win in elections for Northern Ireland’s assembly, but pro-UK unionists threatened anew to boycott the devolved government. Tallies from Thursday’s complex proportional voting showed Sinn Fein, the former political wing of the IRA paramilitary group, had secured 21 seats for the 90-seat legislature, setting it on course for victory.

England, Wales and Scotland also voted in local and regional elections on Thursday, punishing embattled Prime Minister Boris Johnson’s scandal-mired Conservatives but without a landslide for the main opposition Labour party.  Johnson is expected to lay out his post-election plans in the Queen’s Speech in parliament on Tuesday, which will have to take into account the thorny issue of forming a government in Northern Ireland, riven for decades by sectarian bloodshed.

Sinn Fein, which wants a referendum on reunifying Ireland a century after Northern Ireland was created as a Protestant statelet, is targeting 28 seats to claim the role of first minister for leader Michelle O’Neill. After winning her own seat Friday, O’Neill called it “the election of a generation” and “time for real change”.

But Sinn Fein has been downplaying prospects for an imminent referendum on ending UK sovereignty over Northern Ireland, saying it could see one being held in the next five years. The pro-UK Democratic Unionist Party (DUP) occupied the role of first minister in the outgoing Stormont assembly, before it collapsed the executive in protest at post-Brexit trading rules between the UK and EU.