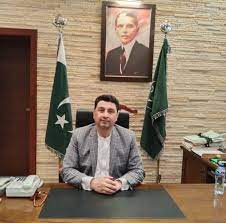 “The government will not leave the catastrophe-stricken people alone until the last affected person is rehabilitated,” he said during his visit to the quake-hit areas of Khuzdar district.

The DC said that in the first phase, earthquake victims were being rescued and taken to safer places. He said the administration would soon start their survey at the official level.

The DC noted that the Balochistan Chief Secretary was taking time to time updates about the relief and rehabilitation in the affected areas from the district administration. Apart from food items, tents, blankets, water tanks, and other essential items were distributed among the victims.

Elaborating further, he said that the damage in the area was huge as the area was remote and due to landslides there was difficulty in relief activities.

Expressing the government’s resolve, he stressed that coping with natural calamities was not an easy task but the relief activities would be continued till the last victim is rehabilitated.