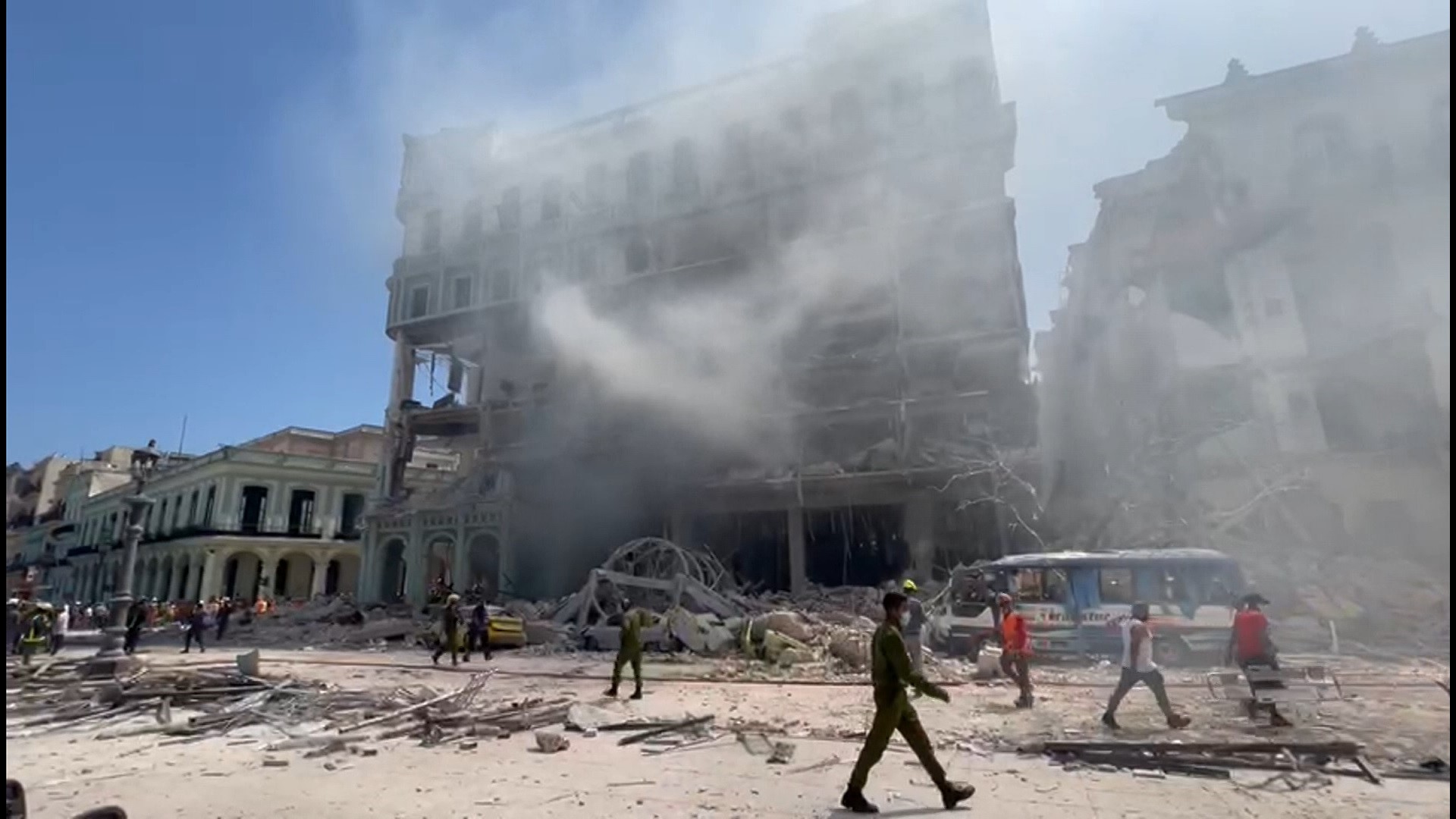 Havana: The death toll after an explosion ripped through a luxury hotel in central Havana, climbed to 25 people including a Spanish tourist, state television reported Saturday, one day after the powerful blast due to a suspected gas leak.

Rescuers were still combing through what remained of the prestigious Saratoga Hotel looking for survivors. On Friday, officials had said up to 50 people were wounded in the blast. “Tragic news has reached us from Cuba.

A Spanish tourist has died and another Spanish citizen is seriously injured after the explosion at the Saratoga Hotel,” Spanish prime minister Pedro Sanchez said on Twitter. “All our love to their families and those of all the victims and injured. Our support also to the Cuban people,” he added. The search is now focusing on the interior of the hotel and the basement, the television station said.

“It is very regrettable what happened, the destruction, especially the loss of life, and also the people injured, but once again I want to highlight the speed with which the population and institutions mobilized,” Cuban President Miguel Diaz-Canel tweeted. “Solidarity has prevailed. #FuerzaCuba,” he added, alluding to the many Cubans who rushed on Friday to donate blood to help the wounded.

The first four floors of the establishment, which were closed to guests while being renovated, were gutted in the late-morning blast that sent a cloud of dust and smoke billowing into the air Friday. The explosion also tore off large parts of the facade, blew out windows, and destroyed cars parked outside the five-star hotel, which has in the past hosted celebrities such as Madonna, Beyonce, Mick Jagger, and Rihanna. The dome of a nearby Baptist church also collapsed.

Inside the hotel at the time were employees preparing for its post-refurbishment reopening, which had been scheduled for next Tuesday. Roberto Calzadilla of state company Gaviota, which owns the hotel, said the explosion happened while a gas tank was being refilled.

Ambulances and fire trucks rushed to the scene Friday and police cordoned off the area, dispersing people who swarmed to the hotel near Havana’s emblematic National Capitol Building, which housed Congress prior to the Cuban revolution.