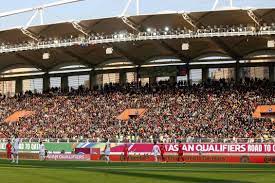 ISLAMABAD: A seven-member Pakistan athletics squad will travel to Iran in the last week of the ongoing month to compete in the 2nd Imam Reza Cup, slated to be held in Mashhad from May 29 to 30.

“We’ve selected a bunch of highly talented athletes to represent the country in Imam Reza Cup. This is a key competition in the build-up of our athletes to the World Athletics Championships and other important upcoming international events,” Major Gen. Muhammad Akram Sahi (retd), the president of Athletics Federation of Pakistan (AFP) told APP on Saturday.

Sahi said that Imam Reza Cup would bring a great competition atmosphere, giving a much-needed exposure to Pakistani athletes.  “This is a World Athletics-approved tournament. This is the same event where our javelin thrower Arshad Nadeem had improved his personal best from 86.29 metres to 86.38 metres before featuring in Tokyo Olympics 2020. Hence, we believe that keeping in view the other upcoming international events, this tournament will help us a lot to gauge our athletes’ strong as well as weak areas” he added.

According to Sahi, Pakistan’s top javelin thrower Olympian Arshad Nadeem and another bright prospect Muhammad Yasir, who are getting training in South Africa at the Northwest University in Potchefstroom under the guidance of the world-acclaimed javelin coach Terseus Leibenburg will be flying back to the country on Tuesday to apply for US visas for participation in the World Athletics Championships, penciled in for July 15-24 in Oregon.

The national athletes will also compete in a series of other international events including the Birmingham Commonwealth Games (CWG), scheduled to be held from July 28 to August 8, the Islamic Solidarity Games (ISG), to be staged from August 9 to 18 at Konya, Turkey and the 2022 Asian Games, taking place from September 10 to 25 in Hangzhou, Zhejiang, China. The AFP president said that it was heartening that like Arshad Nadeem a number of other youngsters were emerging in different categories, who were capable of winning medals at the international level. “The athletes we are sending to Iran have great potential. They are our top performers. But they need exposure and elite training to excel at the international level and we are doing our best for that,” he added.