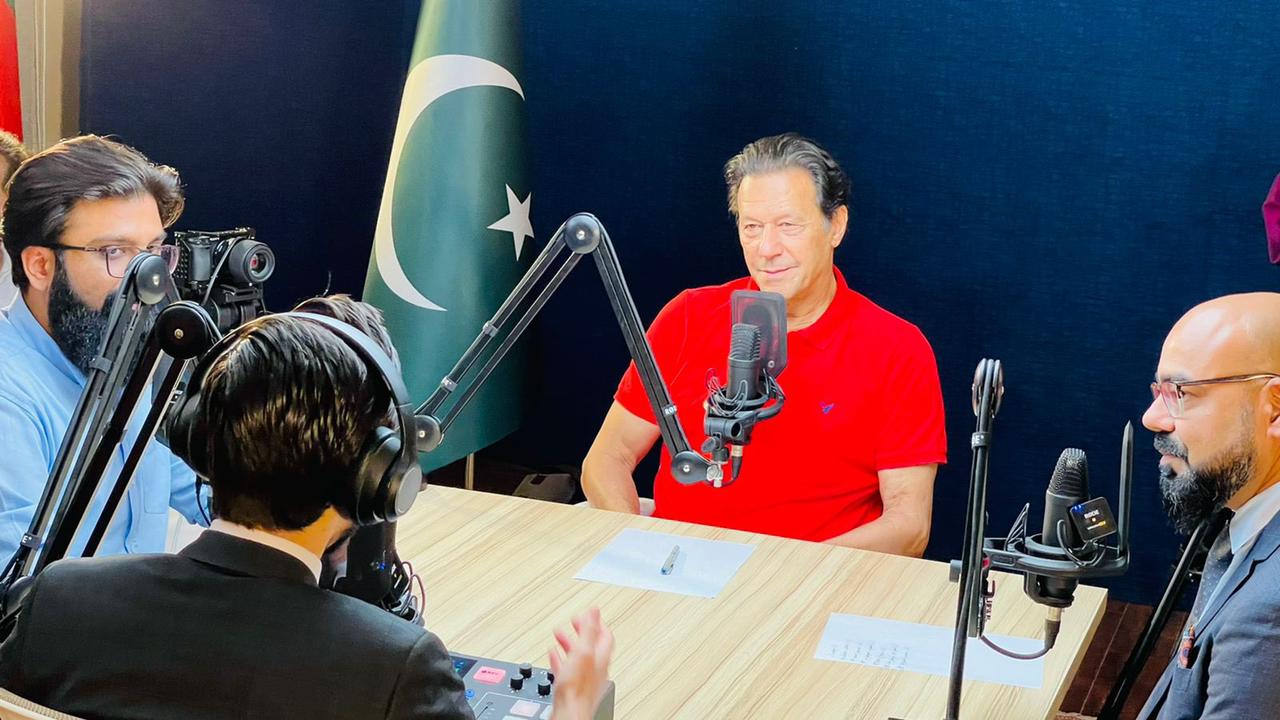 PTI Chairman Imran Khan has claimed his former associates Aleem Khan and Jahangir Khan Tareen of attempting to get illegal favors from him, claiming that disagreements arose when he denied them.

In a podcast released on Thursday, the former prime minister stated, “Aleem Khan expected me to legalise his 300-acre land near Ravi,” adding, “I developed issues with him from there.” When asked about Jahangir Tareen, Imran Khan stated that his issue was the sugar situation, for which a commission was constituted. “Tareen stood alongside the top swindlers in the country.” Disagreements with Tareen arose when I requested an investigation into the situation.”

According to the PTI chairman, benefactors of a corrupt system sit in institutions, and there are those in our institutions who support them. “We couldn’t pass legislation because there wasn’t a majority. We will only be able to take power if we obtain a majority in parliament “He stated.

When asked about ties with the US, Imran Khan stated that the US has suddenly found sympathisers in Pakistan. “80,000 of our people have been killed in the US war [on terror], and independent foreign policy does not imply anti-US sentiment.” Criticizing the current administration, the former prime minister stated that 60% of the cabinet members are now on bail. “Shahbaz Sharif’s Rs16 billion corruption case is a foregone conclusion.” The Sharif family, whether on bail or convicted, is now forced on the country.”

The PTI supremo stated that he has never interfered in the judiciary and that courts are not taking action against people who used Rs20-25 crores to overthrow the government. Even if the PTI loses the election, Imran Khan has stated that he will not provide tickets to individuals who enter politics for personal gain. “Our system is set up in such a way that money is spent in Senate elections.” However, after being found paying parliamentarians, Yousuf Raza Gilani’s son was saved.”