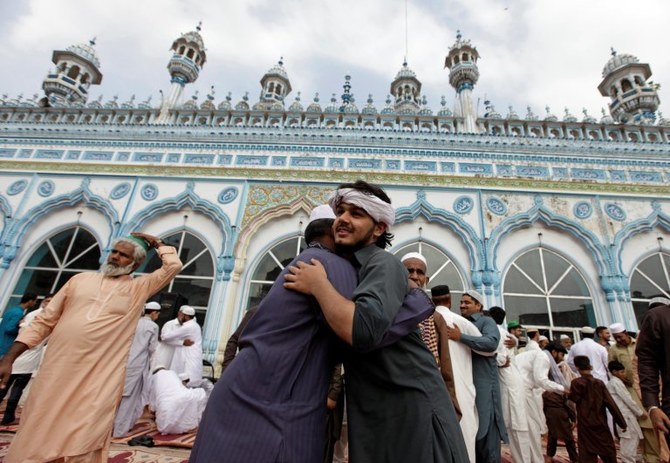 PESHAWAR: Eid-ul-Fitr is being celebrated on Monday (today) in parts of Khyber Pakhtunkhwa and northern districts of Balochistan with religious zeal and fervor whereas, different areas of the province decided to follow Central Ruet-e-Hilal Committee that announced the Eid celebration on May 3 (Tuesday).

Parts of Malakand, DI Khan Hazara adhered to the old tradition and announced to celebrate Eid on May 3. The central Ruet-e-Hilal Committee chaired by Moulana Abdul Khabir Azad has announced Eid on May 3 (Tuesday).

Taking to his Twitter, Saif said that the government had received 130 sightings from different areas of KP of the Shawwal moon.

“The Khyber Pakhtunkhwa government has decided to officially celebrate Eid-ul-Fitr on Monday, May 2. Eid-ul-Fitr will be celebrated with religious fervour across the province tomorrow,” said the special assistant.

The Hazara Division will observe Eid tomorrow. In Balochistan, Eid is being celebrated in Chaman, Pishin, Qilla Abdullah, Qila Saifullah, Zhob and other areas.

The government had also taken necessary security measures to maintain peace on Eid-ul-Fitr while the district administration has warned strict action against aerial firing.