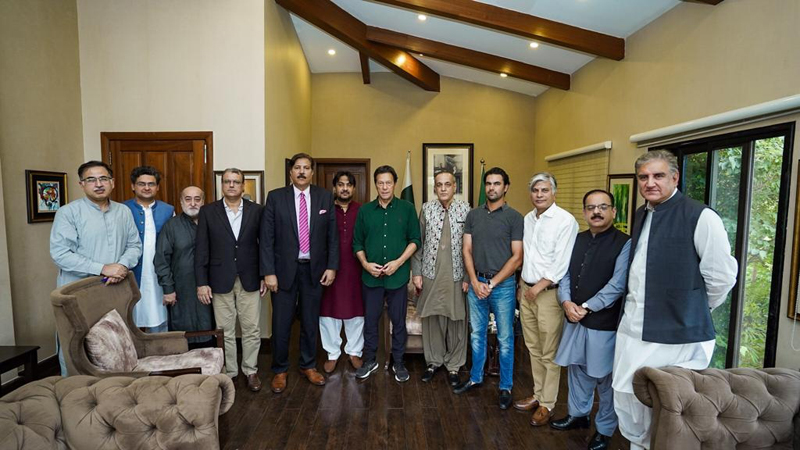 A high-level delegation of Council of Pakistan Newspapers Editors (CPNE) led by Kazim Khan Thursday called on Chairman Pakistan Tehreek-e-Insaf (PTI) and former prime minister Imran Khan in Islamabad. Matters of mutual interest came under discussion during the meeting. Detailed discussions were also held on foreign interference in the domestic politics and change of government through an external conspiracy. The delegation requested the PTI chairman for cooperation to prevent counterfeit information.

Imran termed fake news a big issue and assured the CPNE team of full cooperation and support of his party to discourage this negative trend.

“My wife and I are a target of fake news. After a clear defeat of political rhetoric, one’s self-respect is targeted through false news and accusations under the state patronage,” Imran said, adding, “Even as a state, the enemy uses rumor-mongering as a weapon.”

Imran said journalists had a key role to play in curbing rumors and fake news and assured that his party fully encouraged the growth and development of an independent and responsible media.

Speaking on the occasion, Kazim Khan said fake news and freedom of expression were two separate things and emphasized the need for looking into one’s own mistakes rather than dishing the dirt at the media.