Imran Khan wanted judges and lawyers of his choice and verdicts of his will, says Marriyum 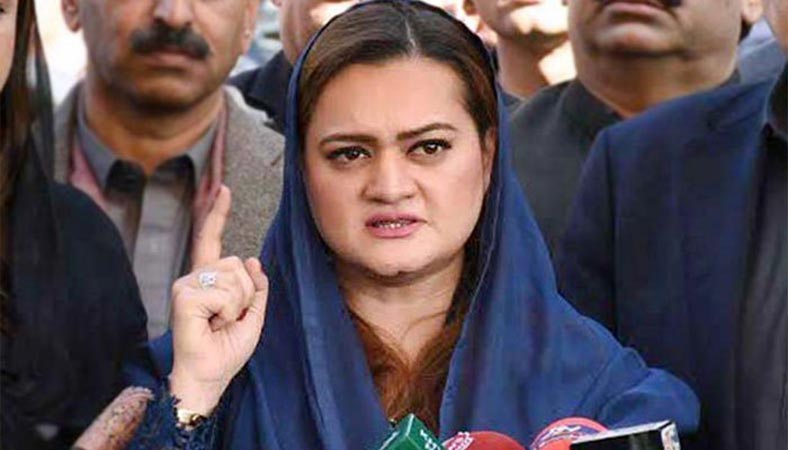 ISLAMABAD: On Tuesday, Minister for Information and Broadcasting Marriyum Aurangzeb said that the Pakistan Tehreek-Insaf leadership should reply to questions regarding the prohibited foreign funding case.

She alleged that Imran Khan wanted that everyone should believe in his lies and he should not be held accountable for corruption. “They want questions of their own choice and answers of their own wish”, she said while taking a dig on PTI.

“Imran wants match of his choice, umpire and players of his choice where decisions are made on his will”, she remarked.

Imran Khan wanted judges of his choice, lawyers of his choice and verdicts of his will, she said. The minister while denouncing the PTI chairman, said that Imran did not believe in the constitution or law, as he considered himself as the Constitution.

She said it was Imran’s mindset that if any court asked a question, it should be insulted and ridiculed and allegation of a conspiracy should be levelled.

Marriyum Aurangzeb said it was part of Imran’s policy that if the Election Commission asked any question, time should be wasted and then threaten to besiege it.

Similarly, if the media raised any questions about his government performance, his reaction was to close television channels, programs and ban newspaper columns, he filed lawsuits against them and introduced black laws and put media persons in jails and were physically attacked.

She said that Imran Khan used every institution, every authority for political revenge against political opponents, then started the slogans of the state of Madinah.