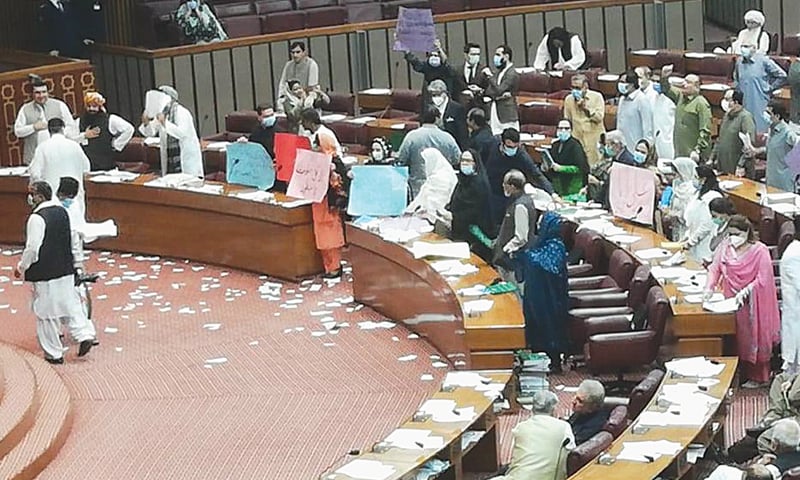 Preparations for presenting the budget for the upcoming fiscal year have been hampered due to the ongoing political situation.

Officials in Punjab were shaken by the current state of affairs due to political unrest in the province.

Senior government officials say they don’t know if they’ll make a budget for four months or a year, according to a source.

The official, speaking on condition of anonymity, said that so far we haven’t received any budget-making instructions.

Pakistan Institute of Legislative Development and Transparency (Pildat) and Free and Fair Election Network (Fafen) raised concerns about the violence in the Punjab Assembly during a session called for the election of the CM.

They demanded a thorough investigation and the arrest of those responsible so that the legislative process could resume. Punjab Assembly Speaker has filed a complaint in court against the concerned police officers after they refused to register the case in the first instance.

Multiple layers of regulatory protections and checks have been put in place to ensure compliance with the rules by the secretariat, as well as to deter such incidents from belligerent members, observers said.