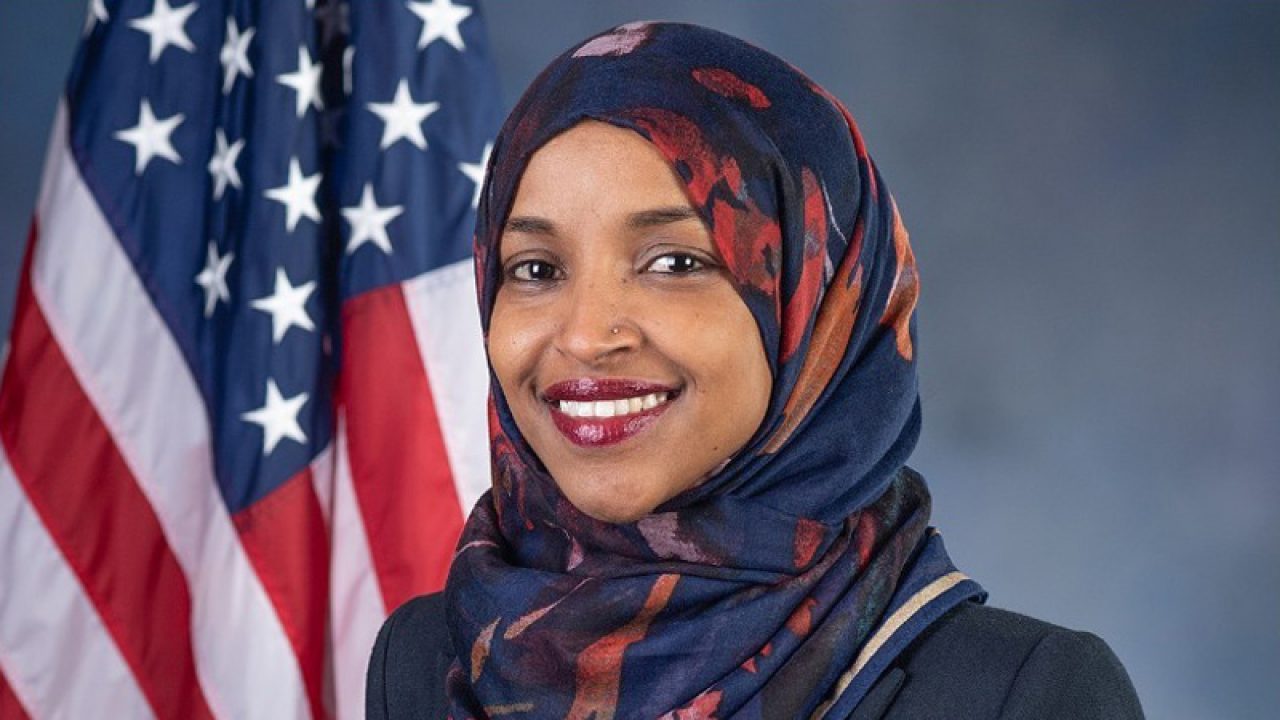 LAHORE: After seeing victims of Indian ceasefire violations and seeing them suffer, US Congresswoman Ilhan Omar said that raising the Kashmir issue in Congress has become more necessary than before.

Talking to a reporter at a hotel about her stance on Kashmir and Palestine, Omar said: “Having met the Kashmiri people in Azad Jammu and Kashmir (AJK), who nurse bullet wounds due to ceasefire violations by India, was an incredible experience and this firsthand experience has put me under an obligation to stand for human rights and human dignity.”

The US congresswoman asserted she had always taken up questions regarding Kashmir and Palestine in Congress, however, she never had the opportunity to visit the place in person. “It was incredibly awful to meet the people firsthand and ask them how they want to be in partnership with me as a lawmaker and advocate of human rights,” she added.

She said after meeting the people in person and seeing them suffer, it became crucial to raise the issue in Congress on an urgent basis rather than listening to it from others.

‘Fight for the cause of marginalized and exploited’

About herself, Omar said her story was of trial and triumph. “I was born in Somalia but had to flee the country due to civil war and lived for four years in generous Kenya before me and my family were sponsored to reach the United States of America. Here I was able to continue my studies and live in a community of warm-hearted people, although Minnesota is very cold, for the past 20 years,” she said.

“I represent the people of my community in the US Congress. I am someone who has experienced oppression and violation of human rights at a young age, and since I have been put into a position of power by people, I deem it my duty to advocate for those who don’t have that power.”

Omar said living with people who were disenfranchised and faced economic challenges, had not had full opportunity to educational opportunities, and those who were dealing with Islamophobia and racial discrimination, had prepared her to fight for the cause of the weak and exploited.

The US congresswoman said the Pakistani diaspora provided a strong bond between Pakistan and the US, and noted that those relations had bolstered over the past 75 years. She said Americans had benefited from the entrepreneurial spirit of the Pakistanis, their innovation, and their focus on advancing technology and healthcare. For many Americans, she said, their first interaction with Pakistanis was when they had met them.

Recalling the experience of her first visit to Pakistan, Omar said: “I have been humbled by the generosity of political leaders in Pakistan, who put their differences aside and welcomed me with open arms during my visit to the federal capital.”

She dismissed negative stories that people might have heard about Pakistan and said they would be pleasantly shocked to know how smooth and joyful her trip had been. “I enjoyed every bit of my stay,” she added.

She said she was fascinated to find a church, a Sikh temple, and a Hindu temple in close proximity to a mosque when she visited the Walled City of Lahore, which was the best exponent of cultural harmony. She pointed out that visiting Pakistan would help people get over their misgivings about the country. Omar thanked the Pakistani government and the people for the warmth, generosity and hospitality, saying she had been treated as a family during her maiden short visit to the country.

About her visit to Lahore, Ilhan Omar fondly said: “I have seen Lahore in movies from the age of five but it has been an incredible experience to visit Lahore in person and see Punjabi culture. “It was like the fulfilment of a wish list. Once I share my experiences on social media, all those who come across my experiences will love to buy a ticket and fly to Lahore,” she added.

On climate change, the US congresswoman said it was a real issue and the United States, as a global leader, thinks it important to make investments in the global community to ward off the challenges of climate change. “There have to be investments in renewable energy to ensure our younger generations inherit a planet that is livable,” she said, adding that she would fight the exploitative use of water of Punjab rivers by India as she had done in the case of El Salvador, Guatemala and Honduras.

In her message to the Pakistani diaspora in the US, she said their participation in the civil society and electoral process was vital to make a niche on the political scene in the US.

To Pakistani girls and women, the US congresswoman said the youth had limitless potential. “Women need to realise their inner potential to ensure their external liberation; they need to believe in their power, and society would not change unless they are ready to fight for themselves and the rights of others,” she maintained. She urged women from Pakistani minorities to take an active part in politics.

During her four-day visit at the invitation of the Pakistan government, Omar visited the Line of Control (LoC) in AJK, met the president, the prime minister, cabinet members and leaders of political parties. She also visited the Walled City of Lahore.