Prove how you got money to buy gifts: govt to Imran 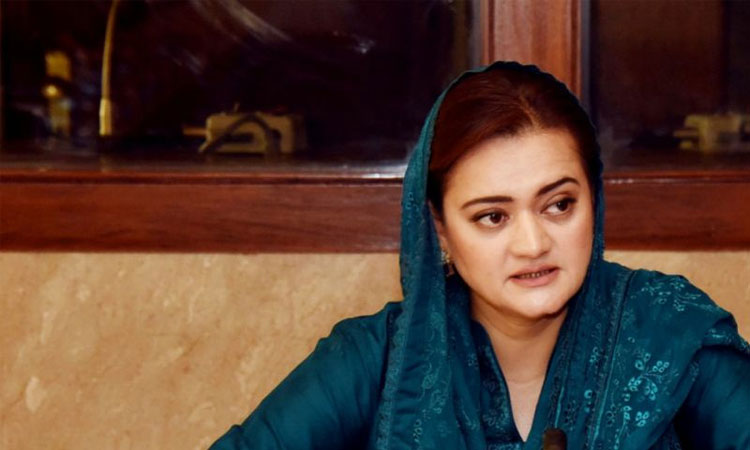 Information Minister Marriyum Aurangzeb Thursday said PTI Chairman and former premier Imran Khan must provide the “money trail” for Rs30 million he paid to retrain state gifts from Toshakhana because he did not declare the source of income to pay that much money.

Addressing a press conference in Islamabad, she said that the tax returns submitted by Imran Khan to the FBR show that in the year before coming to power he did not have the income that would have allowed him to save Rs30 million.

“You will have to give the money trail… it was not a business. These were state gifts that you retained and sold at four to five higher prices. This increased your income to such level that was not seen in the previous 41 years. You will have to answer the people of Pakistan,” said Marriyum.

She said Imran Khan demanded ‘receipts” from others for 40 years, and now he must explain how his income grew after becoming prime minister.

Referring to the foreign funding case involving the PTI, the information minister said that Imran Khan would soon wave another letter to people to claim victimhood, says a news report.

She said that Imran Khan was demanding a similar foreign funding probe against the PML-N, but it must be recalled that the Election Commission of Pakistan (ECP) had formed a committee on the issue in the past and told the then State Minister Farrukh Habib to submit objections against the PML-N held bank accounts.

To date, no objection has been submitted to the committee by the PTI against PML-N’s funding and “this means that Pakistan Tehreek-e-Insaf believes that all of the accounts declared by Pakistan Muslim League before the Election Commission of Pakistan are correct,” she said, adding that neither the ECP nor the State Bank of Pakistan had raised any objection on PML-N’s funding.

Marriyum announced that the government had ordered a crackdown on Twitter bots issuing tweets against state institutions and may trace the location where such bots had been installed. The interior ministry and FIA have been alerted on the issue, she said.

Referring to PTI’s planned power show in Lahore on Thursday, the information minister said that while speaking from the container, Imran Khan must also provide answers for poverty, inflation, rising debt, and foreign policy failures.

Marriyum said that there was no truth in Imran Khan’s claims about ‘foreign conspiracy’ and he wanted to divert people’s attention to hide “his plunders, lies, and hypocrisy.”

They “got the cipher written [by the ambassador]. It was sent in a sealed enveloped by the secretary by-passing the foreign ministry,” she said adding that the National Security Committee (NSC) and DG ISPR, the media wing of Pakistan military, had already answered questions about it.

The remaining answers will be provided at the parliamentary committee meeting and will be presented before the people, she said.

In response to questions, Marriyum said that had there been no evidence against Imran Khan, Farah Khan, a close friend of former First Lady Bushra, would not have fled Pakistan.

She said that all the political parties that supported the no-confidence vote against Imran Khan would join the federal cabinet. Marriyum Aurangzeb also said that Hamza Shehbaz is lawfully elected chief minister of Punjab and will be sworn in soon. Marriyum Toshakhana gifts could be retained but could not be sold for pecuniary benefits.

“As regards Toshakhana, Imran Khan has said ‘my gift, my choice’. Let me make it clear that the gifts belong to the Prime Minister of Pakistan, who can retain them but has no right to sell them in the markets,” she told the media persons here at a news conference.

Marriyum said Imran Khan, while being in the power, retained the Toshakhana gifts at 20 per cent of their price, but sold them at four times higher in the markets. He retained total 58 gifts, including cufflinks, a ring and others, worth Rs 142 million. It also included the famous wrist watch, which alone was sold for Rs 180 million.

The increase in the income, she said, belied Imran Khan’s narrative on the Toshakhana. His deceit, hypocrisy and lies got fully exposed in the public.

She accused Imran Khan of misusing his authority for monetary benefits and said in first two months of his government, he made Rs 85 million through the Toshakhana gifts, and total Rs 142 million in four years after retaining total 58 gifts.

She said Imran Khan’s wife had filed her last tax return in the Federal Board of revenue in 2018, using her old name, and the PTI chairman should give explanation in that regard too. As regards the foreign funding, she said the Election Commission of Pakistan had formed a committee on the Pakistan Muslim League-Nawaz’s funding, but the PTI failed to raise a single objection during its proceedings.

Likewise, the ECP itself did not raise any objection to the PML-N’s funding, nor the State Bank of Pakistan did issue a statement on the matter, she added.

Marriyum said action was being taken against those who were involved in the malicious campaign against the state institutions through robotic tweets.