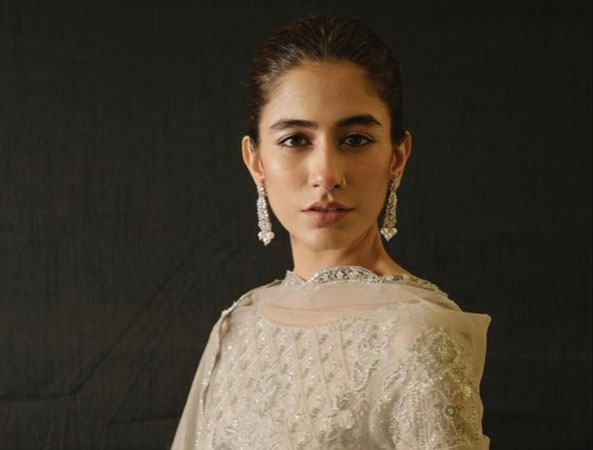 Many celebrities have made it a point to make their political affiliations clear over the past few weeks since former PM Imran Khan was ousted via a no-confidence motion.

With rising political turmoil and polarisation in the country, actors and musicians such as Feroze Khan, Shaan Shahid, Haroon Shahid and Mariyam Nafees have made it clear that their loyalties lie with Khan.

Actor Syra Yousuf has also been vocal about her support of Pakistan Tehreek-e-Insaaf (PTI) and Khan, going as far as to join protests organised by the party in Karachi. However, a certain Twitter account claiming to be Yousuf, with over 36,000 followers, is not as legit as many fans may have thought.

Regularly posting pro-PTI and anti-PPP and PML-N content, the fake account titled Sayra Yousaf has managed to gather quite a following on the site. One tweet from the account, with over 22,000 likes and 10,000 retweets, reads, “I normally don’t take part in any hashtag trend, but the way Maryam Aurangzeb has claimed that the hashtag is being run by bots has made me tweet this out as an answer to her.” The account goes on to tweet the popular hashtag that translates to “We do not accept imported government”, adding that the hashtag is “the voice of every Pakistani’s heart who wishes to see Pakistan become a free and independent country.”

It has been verified that Yousuf is not behind the account and that the actor tweets solely from the handle “syrayousufsy”, which has a little over 46,000 followers. Yousuf has also posted on her Instagram stories to ensure fans that she has only one Twitter account, and that the one by the name of Sayra Yousaf is not run by her. ?

The Sinf e Aahan actor has posted about her support of Khan from her verified accounts as well, posting pictures from PTI’s massive Karachi rally and tweeted on the day Khan was ousted from office, “A sad day for our nation indeed. May Allah give us all the courage and strength to stand up for our rights, for our future. #BehindYouSkipper.”

The tweets in support of Khan were the first Yousuf has made since July 2020, with the actor not being too active on the bird app.