British composer Harrison Birtwistle passes away at age of 87 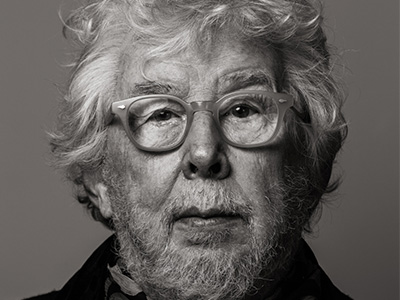 Birtwistle, who was born in Accrington in northern England in 1934, crafted critically acclaimed operas such as “Gawain” and “The Mask Of Orpheus” and the famed orchestra composition “The Triumph of Time”.

During a decades-spanning career that continued well into his 80s, his works — which ranged from chamber pieces to grand operas — were played in the world´s leading venues by the some of the greatest symphony orchestras.

He died at home in Mere, southwest England, his publisher Boosey & Hawkes said in a statement posted on their website. No cause of death was given.

Birtwistle, who was knighted in 1988 and made a Companion of Honour in 2001, made his start by studying clarinet and composition at the Royal Manchester College of Music.

He later sold his instruments to focus on composition, travelling to Princeton University in the United States as a Harkness Fellow where he completed the opera “Punch And Judy”.

Premiering at the Aldeburgh Festival in 1968, the work — together with instrumental pieces “Verses for Ensembles” and “The Triumph of Time” — firmly cemented Birtwistle as a leading voice in British music.

He became musical director of the newly established Royal National Theatre in London in 1975, holding the position until 1983.

Described in one obituary as “elusive and curmudgeonly”, he was widely acknowledged as groundbreaking for his uncompromising style, often serving up a cacophony of sound in his pieces that left some audiences and critics divided.

The Royal Philharmonic Society was among the organisations and individuals to pay tribute to him Monday, saying his music “shook the earth”.