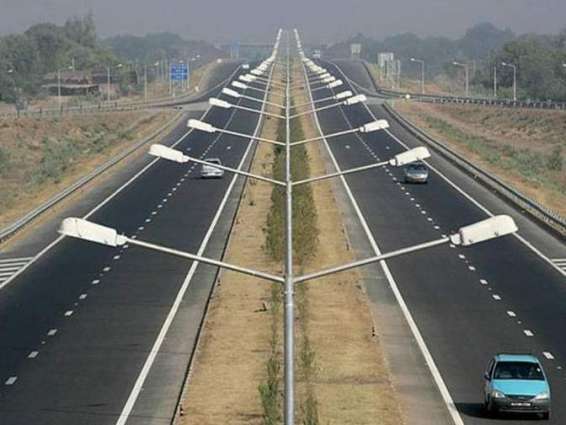 ISLAMABAD: To control and minimise the number of accidents on federalized highways and

motorways, the National Highway and Motorway Police (NHMP) has been actively trying by ensuring strict enforcement of traffic laws. Now 16 percent reduction in

An official of NHMP told APP on Saturday that strict enforcement of law under National Highways Safety Ordinance 2000 and imposition of fines under section 79 of NHSP, 2000 against violators specially involved in careless driving, over speeding, lane violation etc were among the steps taken to control accidents.

He said that FIRs under section 279 and other relevant sections of Pakistan Penal Code were also lodged against the violators found in rash or negligent driving. The official said that extensive use of day and night speed checking cameras was being done to avoid

accidents due to over speeding. Moreover he said that checking of tyres with treads and air pressure gauges were also being done at toll plazas to prevent tyre burst accidents.

He said that anti-dozing points were established to avoid accidents due to dozing at the wheel. In addition to that surprise and random checking of vehicles at night time to check the physical status of drivers was being done. He said that  road safety seminars and walks

at the beat and sector level were arranged on road side hotel/ pumps and truck stations to inform drivers regarding road safety.

The NHMP official said that seminars, walks/counselling and briefing sessions were also conducted for the drivers regarding mechanical fitness of the vehicles.

He said that briefings and education regarding road safety to road users at toll plazas as well as through Mobile Education Unit.  Surprise checking and patrolling by the sector

commander was being done  and strict action taken against lane violators.

Briefings were given and education  imparted at different institutes/school/ colleges as the youngsters were the major users of bikes,he said adding special emphasis was given on enforcement against underage riding and overloading on motor bikes.He said that  strict action was being taken against motorcyclists for not wearing a helmet, dangerous riding, one wheeling, triple riding, without black/ side view mirror, one way violation etc.