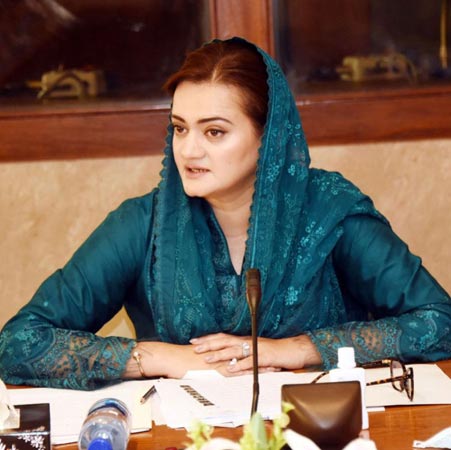 Pakistan Muslim League Nawaz (PML-N) spokesperson Marriyum Aurangzeb on Friday accused the past regime of Pakistan Tehreek-e-Insaf (PTI) of selling gifts worth Rs 180 million from Toshakhana. Talking to media persons, she said former prime minister Imran Khan sold gifts worth millions of rupees received from foreign governments. “He [Imran Khan] bought cufflinks, ring and watch for Rs20 million from Toshakhana (gift depository) and sold it for Rs180 million in the market,” she said. “Gold-plated Kalashankof is also missing and it will be recovered from Bani Gala [residence of former PM Imran].” She said the PTI leaders were “looters’ and thieves” and the complete record of Toshakhana would be put before the nation. Marriyum said PTI leader Chaudhry Fawad Hussain had already confirmed the selling of gifts from Toshakhana. They would be held accountable for not only for selling a watch from Toshakhana but also other precious gifts, she added. She said the PTI leaders, who ruled the country in the last four years, misled the nation on different matters by persistently feeding them lies. They had exposed themselves in the public who got acquainted with their “reality”. Taking the PTI leaders to the task for creating illusion of the truth, she said, “They speak nothing but lies. It is spoken with such a consistency that it starts to seem truth,” she added. The PML-N spokesperson said it was the first time in the history that “an imposed group” was ousted from the government through a no-confidence motion and with the “power of vote”. She said Imran Khan had set the “worst example” of violating the Constitution, adding the Parliament and media were not only fully empowered, but also functioning freely after ouster of the PTI from the government. She alleged that Imran Khan himself was involved in different scandals mainly related to wheat, sugar, Peshawar BRT project and foreign funding case. Marriyum said the PTI during its tenure had influenced the state institutions for political victimization of their opponents.

Shehbaz Sharif was given respect by the Almighty and now became an elected prime minister despite having arrested twice during the past regime on the whims of PTI leaders, she added. She said his son Hamza Shehbaz also remained under arrest for around 22 months.

The PTI government, she said, filed “false” references against the PML-N leaders on the basis of fudged record and failed to prove corruption or money laundering at any forum, including the apex court. She said the PTI government did investigation for two years on the basis of same record which sometimes was gone through by the Federal Investigating Agency (FIA), while at other times shown through David Rose, a foreign journalist.

PM Shehbaz Sharif stood vindicated despite of such witch hunt by the PTI government, she said, adding that the prime minister did not believe in political victimization. She said Chaudhry Fawad should be ashamed of himself for constantly telling lies to the nation. The record referred by Fawad could not prove either corruption, or money laundering or any kickbacks, she added.

Speaking to a private TV channel, former information minister Fawad Chaudhry seemed to confirm the allegations against Imran Khan. “So far I don’t understand what he [Shehbaz] is referring to. He is referring to a watch that some foreign country gifted [and that] was bought by the prime minister and he [Khan] went abroad and sold it. What crime has been committed in this or what irregularity in involved,” Fawad Chaudhry said.

“I don’t understand what the objection is. If it is a watch priced at Rs80-90 million, or Rs100 or Rs50 million or Rs20 million, if it is mine and I have sold it, there should be no objection over it.”