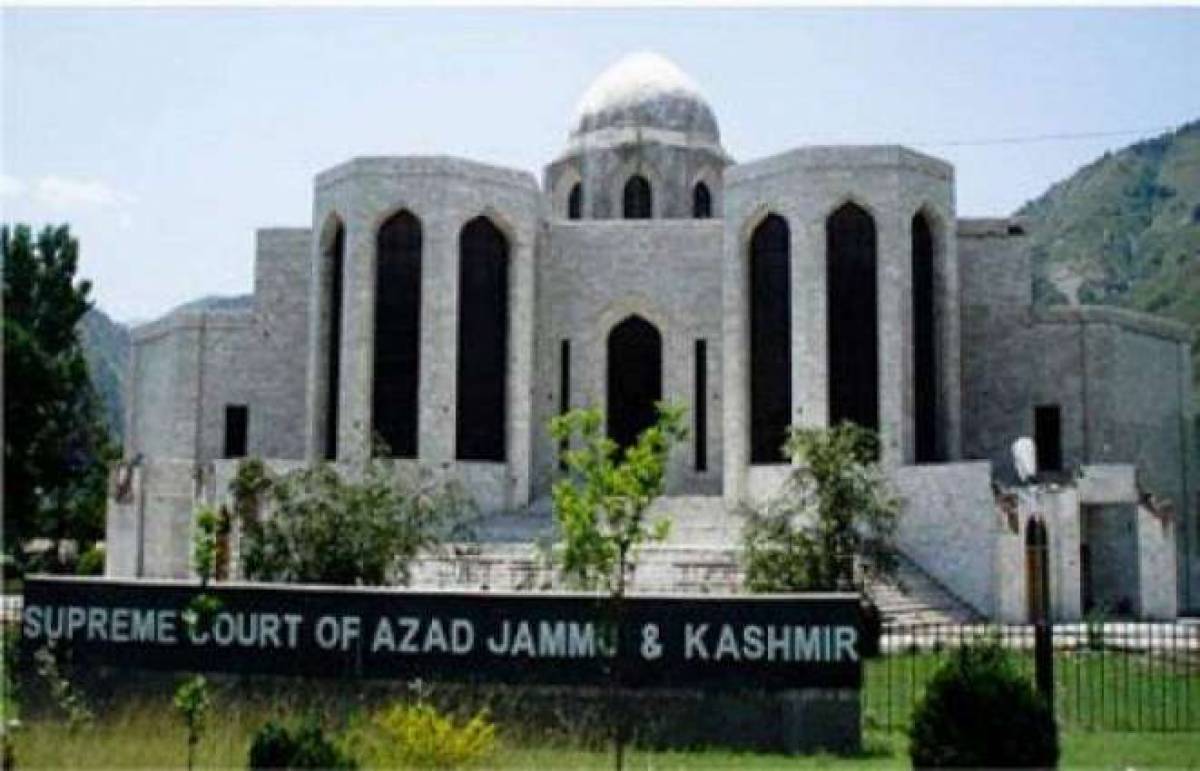 MUZAFFARABAD: Azad Jammu and Kashmir (AJK) high court on Friday issued a stay order against election process of Prime Minister in the legislative Assembly on a writ petition filed by opposition leader Ch. Latif Akbar and others.

Earlier, AJK legislative Assembly met here as was summoned by the speaker on a no-confidence motion But the prime Minister Abdul Qayoom Niazi resigned from office last night, and issued a schedule for election after suspending two rules of procedure.

The motion to suspend the rules was moved by member Assembly Abdul Majid Khan and was adopted by the house with a majority vote during the protest by opposition benches. Instantly, speaker while directing the Secretary Assembly to issue a schedule for filling of nomination papers, prorogue the session till 4:30 Pm to meet again to elect the Prime Minister.

Meanwhile, a writ petition by opposition leader Ch. Latif Akbar and other was under hearing in the high court of Azad Jammu and Kashmir against the procedural matters on which the high court reserved its order and at 2:30 pm issued an interim order staying the electoral process in the Assembly till Monday.

However, the ruling party and premiership candidate Sardar Tanveer Aliyas challenged the same order in the Supreme Court of Azad Jammu and Kashmir.