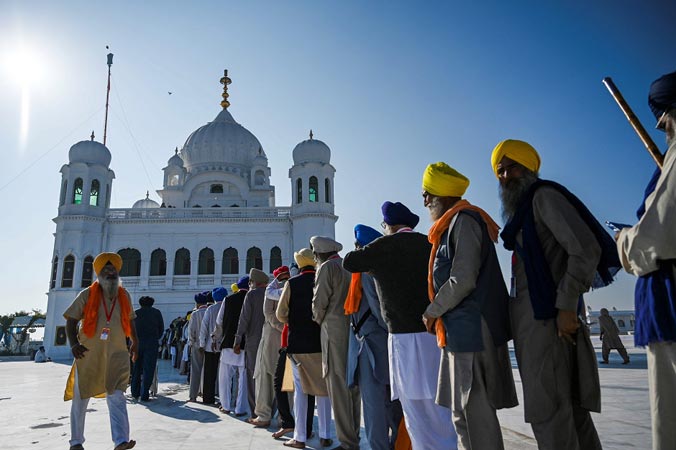 LAHORE: Over 2,200 Sikh pilgrims (yatrees) arrived here on Tuesday via Wagah Border in order to celebrate Vaisakhi festival which would be held on April 14.

Additional Secretary Shrines Rana Shahid said that under the directions of Evacuee Trust Property Board (ETPB) Chairman Dr Amir Ahmad, all arrangements including security and accommodation were in place to facilitate the yatrees. Facilities such as filtered cold water, clean washrooms, comfortable seating arrangements etc were made  for the Sikh yatrees.

He said that the main ceremony would be held at Gurdwara Punja Sahib at Hassan Abdal on April 14 and the yatrees would return to India on April 21.

Pakistan Sikh Gurdwara Parbandhak Committee Pardhan, Sardar Ameer Singh said that special trains would operate from April 12, adding that special arrangements were made for the guests at the Nankana Sahib and Hassan Abdal railway stations.

Sikh leader Ravinder Singh expressed his gratitude to the government of Pakistan and people for their love and hospitality for the Sikh pilgrims.