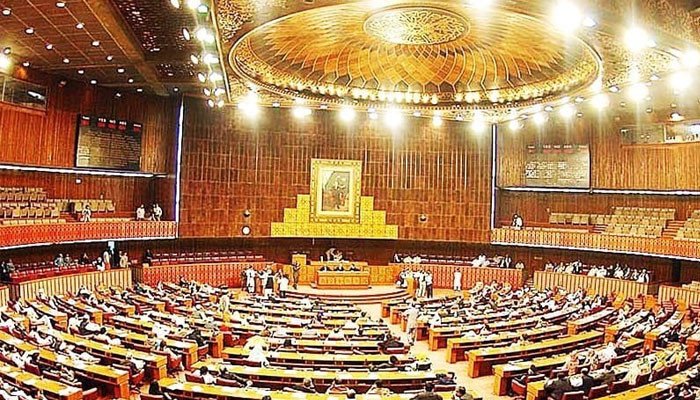 ISLAMABAD: The National Assembly session started here on Monday at 3:14 p.m. with the recitation of verses from the Holy Qura’an to elect a new Leader of the House after ousting Imran Khan by opposition parties through a joint resolution of no-confidence in the wee hours of the other day.

Deputy Speaker Qasim Khan Suri is in the chair. As per ‘Orders of the Day’ there is only one-point agenda ‘Election of the Prime Minister’ that will be undertaken as required by Article 91 of the Constitution of the Islamic Republic of Pakistan, read with rule 32 of the Rules of Procedure and Conduct of Business in the National Assembly, 2007.

Pakistan Muslim League-Nawaz President Mian Muhammad Shehbaz Sharif and PTI Vice-President Shah Mehmood Qureshi are in the run for the top slot. Their nomination papers for the new Leader of the House were accepted by the National Assembly Secretariat after due process of scrutiny on Sunday.

Muhammad Shehbaz Sharif is the unanimous candidate of the parliamentary parties including PPPP, PML-N, BAP, MQM, BNP-Mengal, ANP, MMAP and independent candidates in the 341-seat House (excluding a seat that fell vacant due to demise of MNA Khayal Zaman Orakzai) that had secured 174 votes in the no-confidence motion to knock out the PTI government.