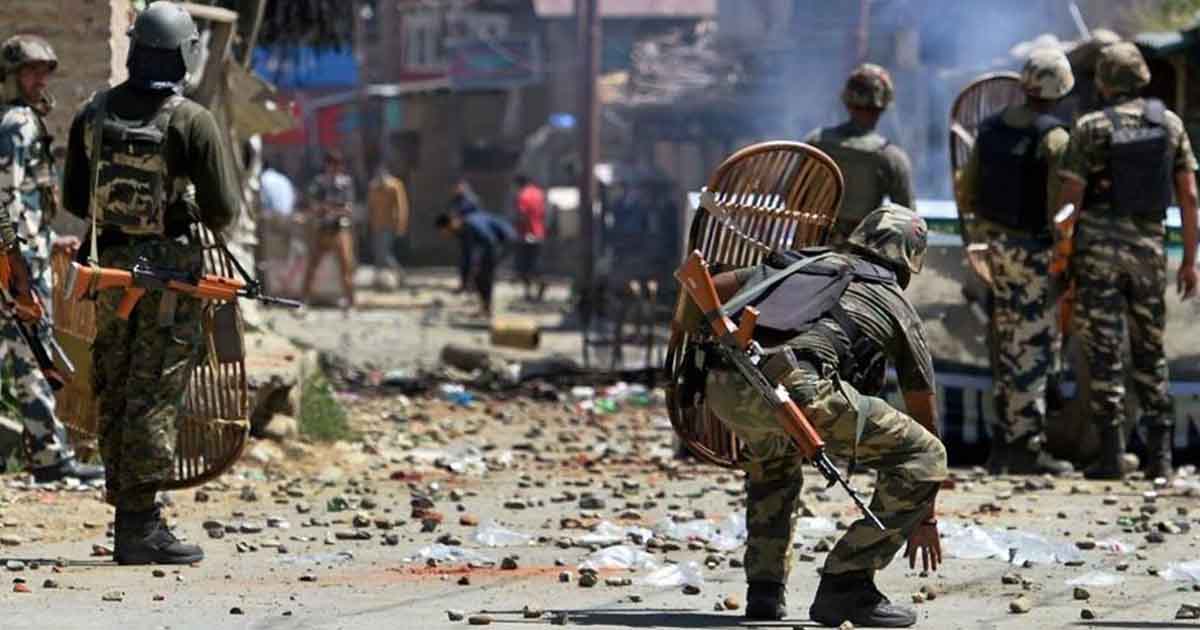 ISLAMABAD: Senior All Parties Hurriyat Conference (APHC) leader Altaf Hussain Wani while voicing his concern over the stepped-up human rights violations and state-terrorism in the Indian occupied territory of Jammu and Kashmir said that the Modi led fascist regime was hell-bent to choke every dissenting voice in Kashmir through the use of its repressive state apparatus and draconian laws enforced in the state.

In a statement the APHC leader said under a new wave of state oppression, Indian occupation forces were harassing and humiliating worshipers in the mosques. Terming it as a serious infringement on the religious affairs of Muslims he said that gates crashing into places of worship has become a new norm for the unbridled occupation forces in the valley.

Referring to the recent incidents in which Indian forces barged into mosques at Kupwara and Srinagar Wani said two civilians were injured when Indian forces opened fire on worshipers in the Mosque premises in Handwara whereas 13 Kashmiris were arrested for raising pro-freedom and anti-India slogans at the historic Jamia Masjid in Srinagar.

“India on one hand uses its military might to kill, harass and humiliate Kashmiris while on the other it has been hectically engaged in hatching conspiracies to silence every voice of dissent in the region”, he said adding that genuine political voices that represent a vast majority of Kashmiri people have already been silenced by sending them behind the bars.

Imposing sanctions and imprisoning political leaders under UAPA, he said speaks volumes about the Modi regime’s authoritarian policies. “India must bear in mind the fact that banning political activities and strangulating critical voices of the region would neither change the reality of the Kashmir dispute nor would it change situation on the ground”, he said adding that it was high time that Indians should accept the bitter reality honour the pledges they have time and again made with the people of Jammu and Kashmir.