Opposition knocks out PM Imran in no trust-move 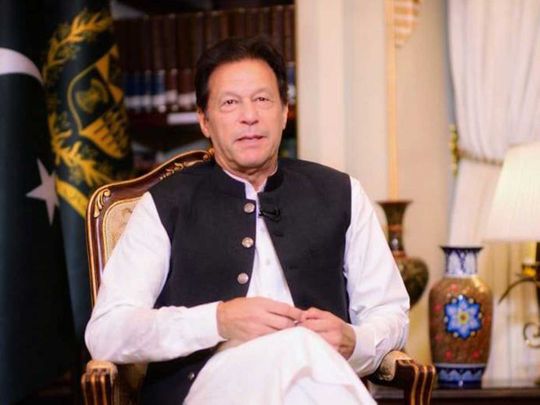 ISLAMABAD: Opposition parties in the National Assembly on Sunday defeated the ruling PTI government in the no-confidence resolution they jointly moved against Prime Minister Imran Khan with 174 votes, setting a new precedent in parliamentary history of the country for in-house change through a democratic and constitutional manner.

In the 341-seat House (excluding a seat that fell vacant due to demise of MNA Khayal Zaman Orakzai), the unified opposition secured 174 votes after Member of Panel of Chairpersons Ayaz Sadiq asked for the simple division in favour and against the resolution for physical-count of the members.

The resolution, carrying names of 152 movers, was presented by Leader of the Opposition Shehbaz Sharif on March 28 under Article 95(1) of the Constitution, read with rule 37 of the Rules of Procedure and Conduct of Business in the National Assembly, 2007 that stated “This House is of the view that the Prime Minister of Pakistan, Mr. Imran Khan, has lost the confidence of the majority of the members of the National Assembly of Pakistan, therefore he should cease to hold office.”

It is the first-ever succeeding no-confidence motion in parliamentary history of Pakistan through which a sitting prime minister has been removed as in the past two such moves had failed. The first resolution was moved in 1989 against the then prime minister Mohtarma Benazir Bhutto and the second in 2006 to oust PM Shaukat Aziz, but they both had survived the vote.

The voting on the resolution for vote of no-confidence against the Prime Minister under Rule 37 of the Rules of Procedure and Conduct of Business in National Assembly 2007 was held under the provisions of the Second Schedule.

According to the Second Schedule, the Chair directed the bells to be rung for five minutes before commencement of voting to enable members not present in the Chamber to be present. Immediately after the bells stop ringing, all the entrances to the Lobby were locked and the Assembly staff posted at each entrance did not allow any entry or exit through those entrances until the voting had concluded.

The Speaker then read out the resolution before the Assembly and asked the members who wished to vote in favour of the resolution to pass in single file through the entrance where tellers were posted to record the votes. On reaching the desk of the tellers, each member, in turn, called out the division number allotted to him under the rules.

The tellers then marked off his number on the division list simultaneously calling out the name of the member. In order to ensure that his vote has been properly recorded, the member moved off until he clearly heard the teller call out his name.

After a member recorded his vote, he did not return to the Chamber until bells were rung. When the Speaker found that all the members who wished to vote had recorded their votes, he announced that the voting had concluded. Thereupon the Secretary caused the division list to be collected, count the recorded votes, and presented the result of the count to the Speaker.

The Speaker then directed that the bells be rung for two minutes to enable the members to return to the Chamber. After the bells stopped ringing, the Speaker announced the result to the Assembly.

Rule 38 of the Rules of Procedure and Conduct of Business in National Assembly 2007 further states that a resolution for a vote of confidence under rule 36 has been passed or rejected, as the case may be, or a resolution of no-confidence under rule 37 has been passed, the Chair shall forthwith intimate the result in writing to the President and the Secretary shall cause a notification to be published in the Gazette.