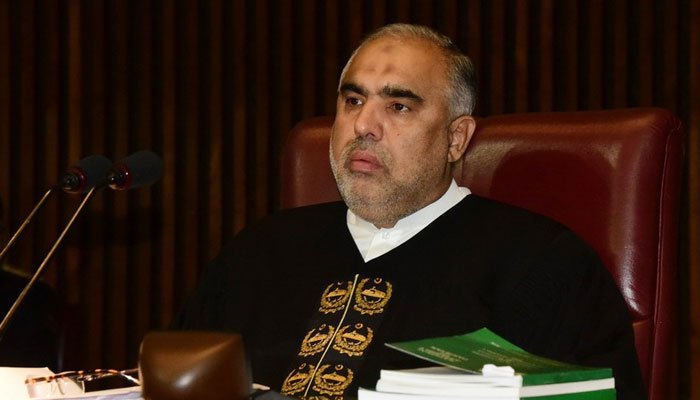 ISLAMABAD: Speaker National Assembly Asad Qaiser on Saturday announced his resignation and handed over the chair to MNA Ayaz Sadiq, one of the members of panel of chairmen, to advance the House proceedings on the vote of no-confidence against Prime Minister Imran Khan.

“I have decided that I will not continue as the speaker anymore and resign from my post. I have spent 26 years with my leader Imran Khan…Accepting the SC decision in letter and spirit, the House proceedings are advanced and Ayaz Sadiq, member of the panel of chairmen, will conduct the further proceedings,” he announced in the National Assembly.

He also expressed concerns over the no-trust motion which he believed was moved under an international conspiracy to change the government.

The speaker said he himself witnessed the document (Threat Letter) sent by the federal cabinet, which would be available in his office, if Leader of Opposition Shehbaz Sharif wanted to see it. He said the document would also be sent to the Chief Justice of the Supreme Court.