Pakistan to progress through free and fair elections: Bilawal Bhutto 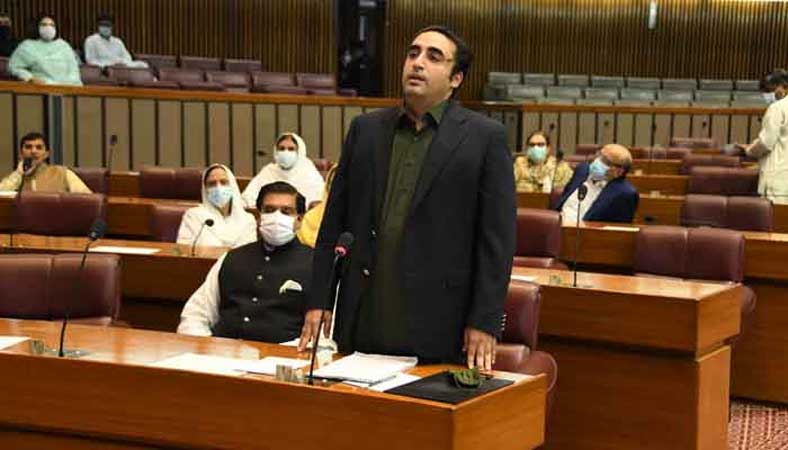 ISLAMABAD: Chairman PPPP Bilawal Bhutto Zardari on Saturday said that electoral reforms are on the agenda of its party and allies because Pakistan can only progress through free and fair elections.

Bilawal Bhutto was given the floor after the speech of Foreign Minister Shah Mahmood Qureshi by Chairperson Amjid Ali Khan Niazi who was presiding over the sitting at that time. He said that Shah Mahmood Qureshi is responsible for troubles against Imran Khan and those who were advising the prime minister only thought about themselves.

He said that a minister wrongly advised the Prime Minister, President, and Deputy Speaker about ruling, and Constitution was violated on April 03, 2022. Such companions will land him in trouble, he said and also called the premier out for being absent during today’s session. Bilawal demanded the Chair to follow the verdict of apex court regarding no-confidence resolution as any delay in voting would be violation of the Constitution.

“You cannot take up anything else except for what is on the agenda. Not only you, the Speaker also did the same,” he told the Chairperson Amjid Ali Khan Niazi and demanding him to hold voting on the no-confidence motion. However, the Chair told the PPPP Chairman that the court can’t intervene in parliamentary matters as per Article 69.

Bilawal Bhutto replied by saying that violation of law would lead towards disqualification and court had set aside the speaker’s ruling in past. He said that the government had lost its majority in the assembly. “We can debate on the foreign conspiracy for 100 days but first conduct voting,” he demanded. Bilawal alleged that the government had told several lies in this whole saga.

The supposed conversation took place on March 7 and the no-confidence was presented on March 8, he said. “But there is a time difference between Pakistan and America which means that the no-trust move was presented as the conversation was underway.” Bilawal Bhutto questioned as why the foreign minister was not present for the National Security Committee meeting.

He also questioned why the statement issued after the meeting did not mention the no-trust motion. “It just included a decision to issue a demarche.” Bilawal Bhutto said that if there was a conspiracy against the government, PM Imran should have taken action immediately. He maintained that the current battle was not between the PTI, the PPP or the PDM, rather between those who upheld the Constitution and those who disregarded it.

He said the prime minister could not be Zulfikar Ali Bhutto no matter how hard he tried. Talking about the government’s claims of horse-trading, he asked how much money the foreign minister took each time he switched alliances. “Ninety per cent of the faces on the treasury benches are turncoats,” he added.