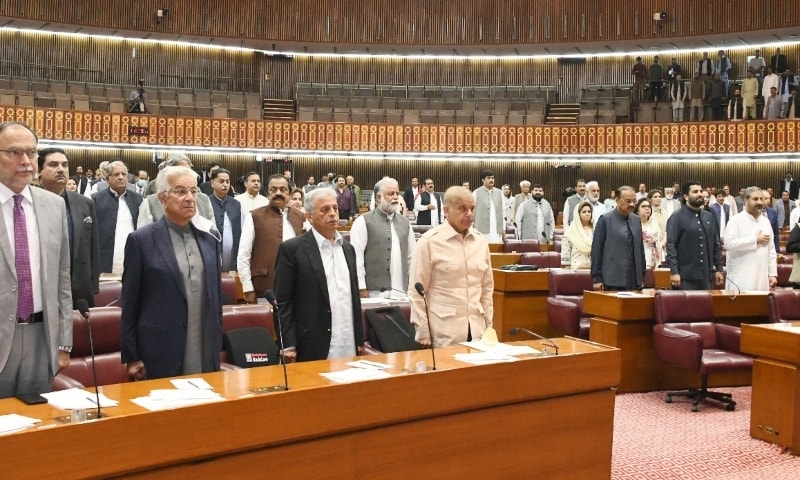 As troubled Prime Minister Imran Khan has stated that he will not give in and will fight to the death, the PTI has devised a new strategy to halt voting on the no-confidence motion, which was scheduled to begin before noon today (Saturday).

According to sources, the PTI has devised a plan to postpone the vote on the no-trust resolution. According to the plan, PTI ministers such as Shah Mehmood Qureshi, Shireen Mazari, and others will deliver lengthy speeches in order to postpone the crucial vote, which could result in the government’s demise.

It is also expected that a scuffle will erupt in the lower house over the lettergate issue, according to sources, who added that one group of treasury members will raise slogans in opposition to the regime change through what they call a “foreign plot.”

The PPP warns against sabotaging another no-trust vote

PPP Chief Bilawal Bhutto Zardari has warned the premier, president, and speaker that if they try to sabotage the democratic process of voting on the no-trust motion, they will be liable not only under Article 6 for the second time but also for contempt of court.

“Tomorrow if they try to sabotage the democratic constitutional process of vote of no confidence,” Bilawal said in a tweet late last night. It will be the second violation of the constitution. As a result, the Prime Minister, President, Speaker, and Deputy Speaker will be subject to Article 6 twice, as well as contempt.”

PM is mocked by Maryam

On Friday, Maryam Nawaz took to Twitter to express her thoughts on the prime minister’s speech.

The PML-N has warned the Prime Minister that he will be held in contempt of court.

Marriyum Aurangzeb, a spokesperson for the Pakistan Muslim League-Nawaz (PML-N), had warned Prime Minister Imran Khan against contempt of court, claiming that the government had lost its mental balance and Imran Khan and his ministers had turned into “suicide bombers.”

Marriyum stated that the no-confidence motion will be voted on in the National Assembly on Saturday in accordance with the court order and that if voting is stopped or obstructed again, it will be considered contempt of court.

Marriyum Aurangzeb also stated that the Supreme Court had issued a clear order and that the PTI-led government should not force public officials and government employees to commit contempt of court.