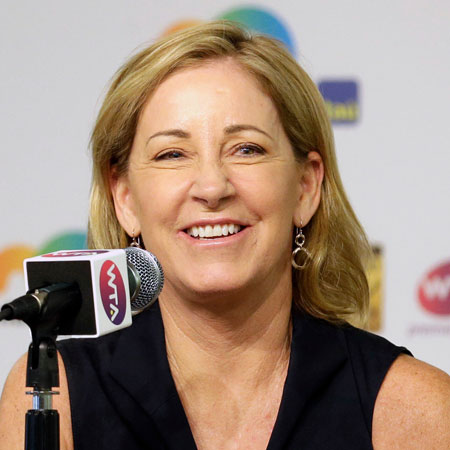 PARIS: Former world number one Chris Evert has called for discussions on the toll tennis is taking on players’ mental health following a spate of angry outbursts and emotional breakdowns on court. German Alexander Zverev was thrown out of a tournament in Acapulco in February after smashing his racket against the umpire’s chair during an expletive-laden tirade, while Australian Nick Kyrgios was fined for his outbursts at Indian Wells and Miami last month. Men’s governing body ATP this week warned of stricter punishment for on-court misconduct but Evert said she is worried about the players. “I’m not making any judgements on the players, but it’s an area of concern: why are players losing control and breaking racquets and putting others in harm’s way?” Evert told Eurosport.

“Why are they breaking down on the court emotionally? It’s something that needs to be addressed. It’s something that needs to be talked about. Tennis is a sport and it’s not life.” Former world number one Victoria Azarenka retired from her match in Miami and said she should not have played as her personal life had been “extremely stressful” in recent weeks. Four-times major winner Naomi Osaka brought the issue of athletes’ mental health into the spotlight when she pulled out of Grand Slam events and chunks of the 2021 season. Kyrgios thanked Osaka for helping him deal with his issues after he opened up on his mental health struggles, saying he had suicidal thoughts during one of his “darkest” periods around the 2019 Australian Open. World number one Iga Swiatek has spoken about the challenges she faced in dealing with her sudden fame after winning the 2020 French Open as a teenager. Now 20, the Pole credits her sports psychologist for helping her become mentally stronger.