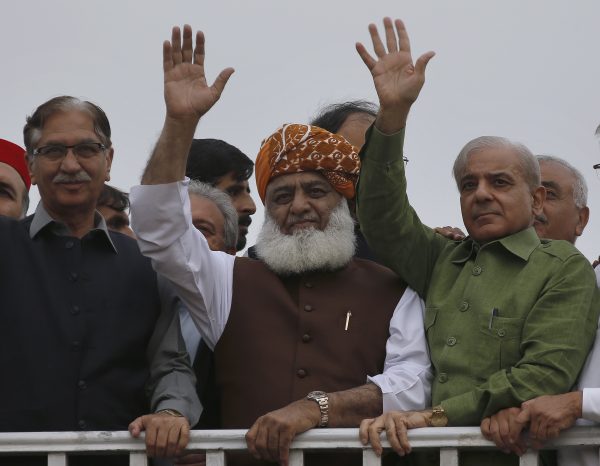 The Opposition alliance demanded Thursday that the National Assembly’s (NA) deputy speaker’s “unconstitutional ruling” be immediately reversed and that the National Security Committee (NSC) inform the public of the facts.

The meeting of the Joint Opposition took place in Islamabad at the residence of JUI-F chief Maulana Fazlur Rehman. The meeting covered a variety of topics, including the current political climate.

Fazlur Rehman read out a joint communique following the meeting in the early hours of Thursday, in which he stated that rejecting the no-trust motion against the Prime Minister in violation of the Constitution would be a heinous attack on Parliament and the Constitution. He stated that the combined Opposition would go to any length to safeguard the country’s parliamentary system.

“Because the NA deputy speaker’s unconstitutional ruling is part of a conspiracy to impose a presidential system and dictatorship, it should be immediately repealed,” it stated.

Additionally, the joint communiqué stated that those who have abrogated the Constitution should face exemplary punishment.

Additionally, the joint Opposition demanded that the National Security Committee (NSC) inform the nation of the facts in order to prevent further anarchy and chaos.

Friday may be observed as ‘Constitution Protection Day’ throughout the country, according to the joint Opposition statement.

In this vein, rallies across the country will be held, including a lawyer’s convention for the protection of the Constitution.