The fact that the country has been gripped by a constitutional crisis for four days now but the Supreme Court still hasn’t completed its deliberations is beginning to raise eyebrows. Indeed, some opposition leaders’ resort to the old adage that justice delayed is justice denied seems justified since all that the top court had to do to end the impasse was decipher just one clause of the constitution. Yet it’s effectively been recreating the circus that was played out in parliament on Sunday inside the court, based on how lawyers of different parties saw it. It was also very bizarre that so long into such sensitive legal proceedings, one lawyer for the government said that he was fasting and, hence, would not be able to present his argument while the attorney general also said pretty much the same thing; effectively wasting one more day. Why is the honourable court allowing such blatant delaying tactics?

Legal experts have also questioned the supreme court’s slow pace in dealing with what is clearly a profound constitutional crisis. Instead of holding hearings first thing in the morning, the SC waits till it is well past midday to turn its attention to something as important as this. The biggest fear is that since the ruling party is proceeding with its plans for an election in 90 days as if nothing has happened, the court too might find too much water under the bridge by the time it is done with its questions and answers to want to upset the apple cart all over again. But such a thing would hardly be in keeping with the demands of justice.

The lack of legal direction has no small role to play in the deepening crisis in Punjab as well, where everybody knows that PTI is simply unable to gulp the fact that its candidate for chief minister just does not have the numbers to win the game, and is finding ways of bullying its way out of a dark corner there as well. Hopefully, the court will finally deliver some sort of actionable verdict today. Surely it has had enough time to weigh all sides of all arguments, so it must not leave the country in constitutional paralysis any longer. Justice delayed would indeed be justice denied, wouldn’t it? * 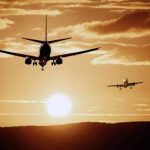