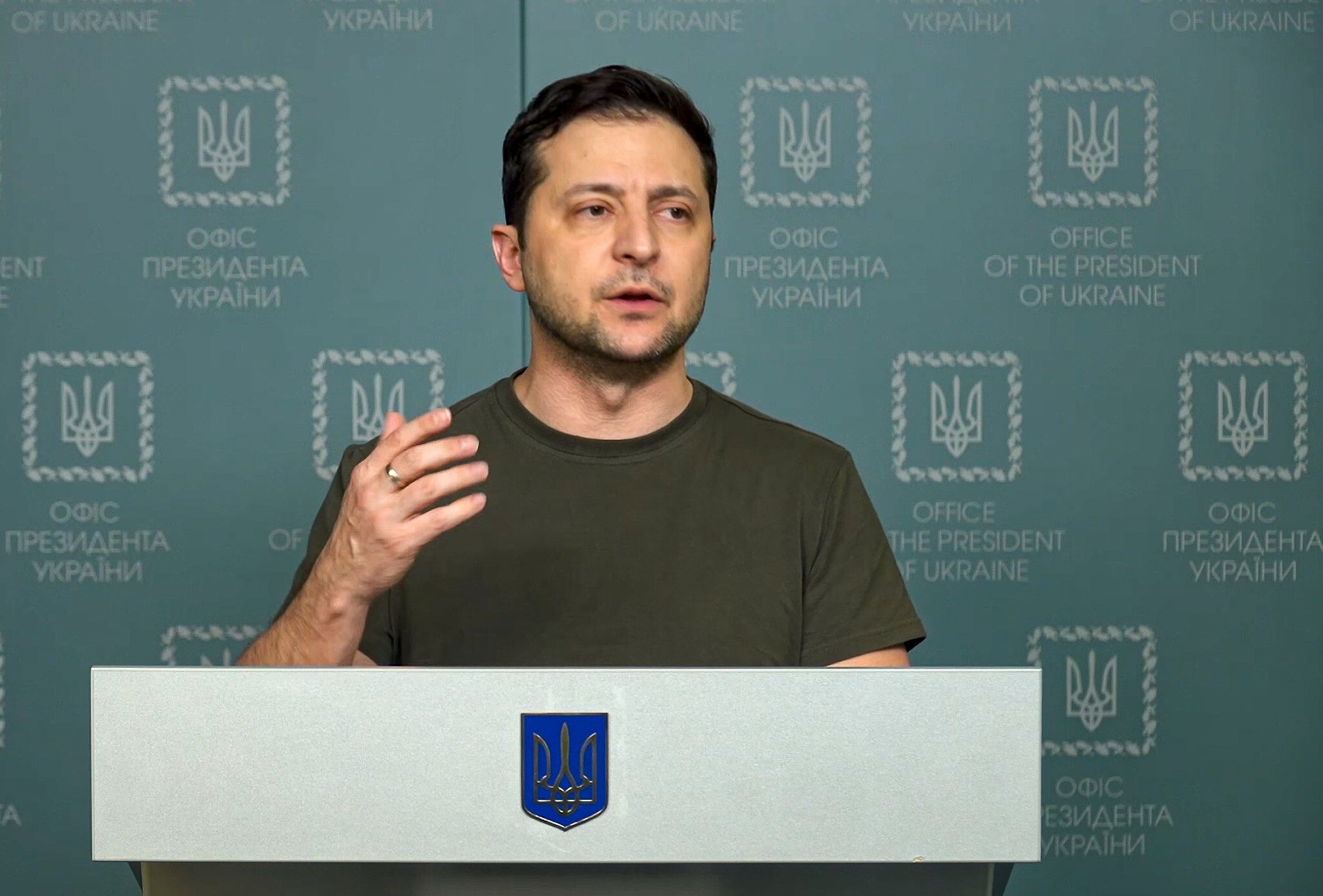 UNITED NATIONS: Ukrainian President Volodymyr Zelensky challenged the United Nations to “act immediately” or “dissolve yourself altogether” during a blistering address on Tuesday in which he showed harrowing footage of dead bodies including children, he said were victims of Russian atrocities.

Likening Russia’s actions in Bucha and other Ukrainian cities to violence carried out by “terrorists” such as the militant Islamic State group, Zelensky called on the 15-member Security Council which aims to ensure international peace and security to expel Russia “so it cannot block decisions about its own aggression, its own war”.

Russia, as one of the five permanent members of the Council, has a veto, which it has repeatedly wielded to block resolutions and negotiations on the global stage.

President Volodymyr Zelensky, in a live video speech to the UN Security Council, called the Russians war criminals who he said killed families, raped women in front of their children, pillaged homes and left his country in ruins, “filled with mass graves.” https://t.co/6RbjEqTzAJ pic.twitter.com/2qzjVns9KG

That means it cannot be expelled from the body, as it would simply veto any vote or recommendation by the Security Council to do so.

“If there is no alternative … then the next option would be dissolve yourself altogether,” Zelensky continued.

“Ladies and gentlemen, are you ready to close the UN? … If your answer is no, then you need to act immediately.” Bearded and dressed in his now trademark military green T-shirt, Zelensky, speaking remotely from Kyiv, gave a chilling rendition of the atrocities he said were carried out by Russian troops against civilians in Bucha, a town outside the Ukrainian capital.

Bucha had been occupied by Russian troops, but when they withdrew recently Ukrainian authorities and independent international journalists, including AFP, found bodies of people in civilian clothing, some with their hands tied behind their backs.

Zelensky aired a graphic, 90-second clip of what he said were images from towns, including Bucha and the southern port of Mariupol.

The footage showed partially uncovered dead people, including children, in shallow graves, several bodies in a courtyard and dead people with hands tied behind their back slumped towards a wall. “Now the world can see what the Russian military did in Bucha,” Zelensky said.

“They were killed in their apartments, houses, blowing up grenades, civilians were crushed by tanks while sitting in their cars in the middle of the road, just for their pleasure. They cut off limbs… slashed their throats,” he said.