April 3 will go down in history as ‘black day’ 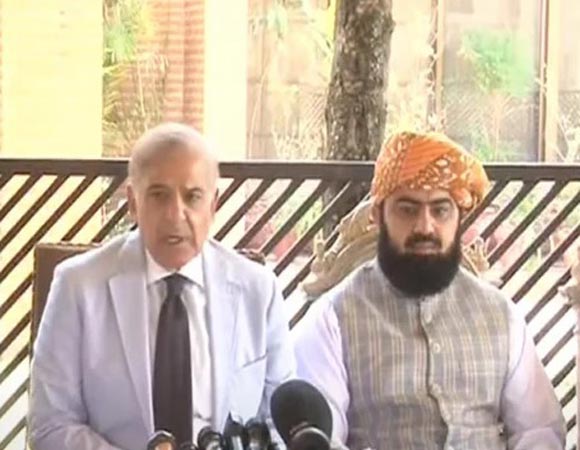 Addressing a press conference in Islamabad, he said Imran Khan and his party members had blatantly challenged the Constitution.

April 3 will go down in the country’s history as a black day, he said and added that Imran had imposed civilian martial law, while General Pervez Musharraf also took a similar unconstitutional decision on November 3, 2007.

He termed the four-year tenure of the former PTI-led government a period of “an individual government, totalitarian and fascist.”

On March 24, speaker of the National Assembly Asad Qaiser granted leave to the no-confidence motion against Prime Minister Imran Khan, according to the will of the House.

Recalling Sunday’s ruling of the NA deputy speaker regarding the no-confidence motion, he asked, “if Qasim Suri termed the motion as ‘unconstitutional’, why wasn’t it raised earlier?”

“PTI used Article 5 to prevent themselves from the embarrassment that they would have faced after their defeat in case of voting on the no-confidence motion,” Shehbaz said, says a news report.

Regarding the “foreign threat letter” controversy, the leader of the Opposition in the National Assembly said that Pakistan’s Ambassador Asad Majeed hosted a farewell dinner on March 16 and invited all US officials, even those who were accused by PM Imran Khan.”

Moreover, he added that, in his tweet, Asad Majeed thanked Donald Lu over good relations and cooperation.

“If the letter was dated March 7 and highlighted the involvement of Donald Lu, why was the ambassador acknowledging the US official during the dinner on March 16,” he highlighted, questioning why Lu was invited for the dinner if had threatened Pakistan. The PML-N leader said if they had received the “foreign letter” on March 7, then “why did they not highlight this issue earlier.”

“According to the speech given by the NA deputy speaker, all opposition leaders became traitors,” he said, adding that yesterday’s NA proceedings made a joke of the constitution of Pakistan, laws and Parliament.

Regarding former information minister Fawad Chaudhry’s claims about challenging the speaker’s ruling, Shehbaz said: “It is right that no one can challenge the proceedings of the House but the Constitution was blatantly violated, does it have any protection?”

He said that the matter is in the Supreme Court and hence, “I will not talk much about it.”

“Yesterday [April 3] was the darkest day in the history of Pakistan,” JUI-F leader Maulana Asad Mahmood said, adding that PM Imran Khan is trying to pressurise the institutions.

Mahmood said that they [the joint Opposition] will not accept international pressure being imposed under the guise of a “threat letter”.

He suggested that the higher courts of Pakistan hold him PM Khan accountable for his statements regarding the credibility of judges.