US denies any involvement in regime change in Pakistan 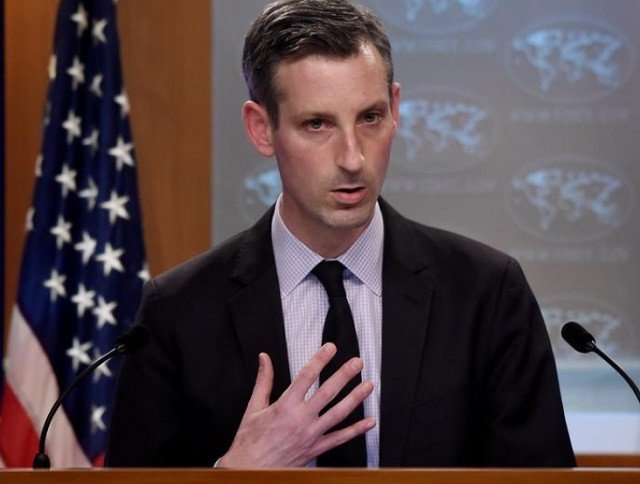 The US has once again denied allegations made by Pakistani Prime Minister Imran Khan that Washington is attempting to engineer a regime change in Islamabad – including his naming of an American official who he claims sent threatening messages calling for his ouster – while expressing support for the country’s constitutional process and rule of law.

“These claims are untrue. We admire and support Pakistan’s constitution-making process and rule of law “Monday, a spokesperson for the US State Department said.

The US official stated that Washington is “closely monitoring developments in Pakistan,” despite the fact that the country’s Supreme Court is considering the constitutional propriety of the matter.

“This is universally true. We make no preference between political parties. We support broader principles, such as the rule of law and equal justice under the law,” he explained.

Price reaffirmed that the allegations that the US is meddling in Pakistan’s internal affairs and attempting to destabilize Prime Minister Imran Khan’s government are false.

“The allegations are complete without merit,” Price responded to a question.

Imran Khan previously abandoned any pretense of a US role by euphemistically referring to a “foreign power” rather than directly naming it. He went further in a weekend meeting with his party members, directly naming Donald Lu, the Assistant Secretary of State for South and Central Asia, as the person purportedly seeking a regime change in Islamabad in order to improve relations between the US and Pakistan.

According to Khan, Lu made threats against Pakistan during a meeting with Pakistan’s outgoing Ambassador Asad Majeed Khan, warning of potential consequences if he (Imran Khan) survived the opposition’s no-confidence motion in the National Assembly.