Imran Khan to remain in power for next 15 days 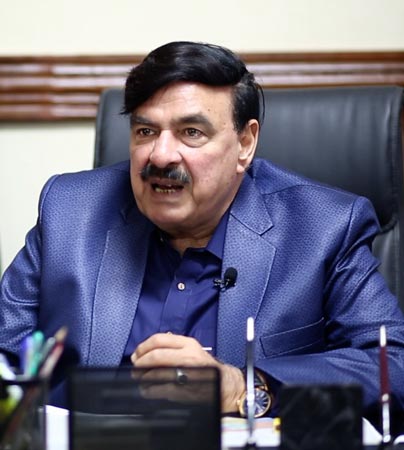 After the drama in the National Assembly, former interior minister Sheikh Rasheed claimed on Sunday that PM Imran Khan may cling on to power for another 15 days.

In a statement, the former security czar of the country said that the general elections in the country would not be held via electronic voting machines. He added that the opposition should be happy that the technology is not being used in the next general elections. “I met the PM and I think Imran Khan will remain PM for 15 more days,” said Rasheed, adding that he was constantly saying that elections were the right way forward.

Former Interior Minister Sheikh Rasheed Ahmed said it was his desire that the provincial assemblies of Punjab and Khyber Pakhtunkhwa (KP) might also be dissolved along with the National Assembly.

Addressing a press conference here, he said after detailed deliberations, it was decided to opt for early general elections. Imran Khan would remain prime minister for next 15 days and the general elections would be held within 90 days.

Sheikh Rasheed expressed the hope that Imran Khan would win the next general elections with a two thirds majority. He said he had advised the prime minister to impose emergency, but Imran Khan did not approve it. The opposition move had made Imran Khan more popular among the masses, he added. He said he had already vacated his office and was shifting to Room-11 of the Old Hostel.

Sheikh Rasheed said Indian channels had been wailing and crying over the situation in Pakistan as “their buddies”, with whom they could restart their businesses, did not form the government. He had been saying for the last three years that the Pakistan Muslim League-Nawaz would not come into power, he added.

To a question, he said the decision of Supreme Court would be honoured.

On PM Imran Khan’s advice, President Arif Alvi approved the dissolution of the National Assembly on Prime Imran Khan’s advice in a surprise move. This major political development came shortly after NA Deputy Speaker Qasim Suri rejected voting on the no-confidence motion against PM Imran Khan, calling it “unconstitutional”. An official notification dissolving the Assembly has been issued. According to sources, elections will be held within 90 days.