* On Saturday, Hrithik took to his Instagram space and shared a slew of pictures with the caption, 'Channeling the inner Vedha' 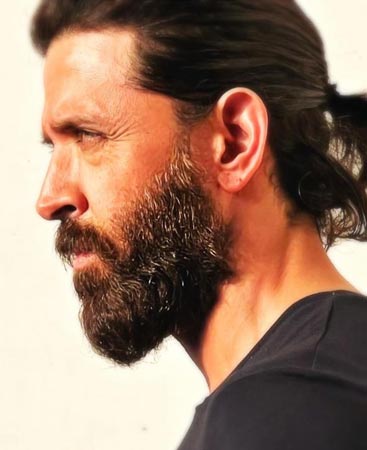 Saba Azad has dropped a lovable comment on her rumoured boyfriend Hrithik Roshan’s post and has taken the internet by storm.

The Super 30 actor, who previously set the internet on fire after dropping his first-look images from the film, has, once again, left fans stunned at his dapper look from the upcoming film, Vikram Vedha.

On Saturday evening, Hrithik took to his Instagram space and shared a slew of pictures with the caption, ” Channeling the inner Vedha.”

His post received a flood of likes and comments from fans, friends, and followers. Among others, Saba too left a comment which read, “Why hello (red heart emoji)”.

In the posted series of pictures, the War actor sported an all-black look, wearing a black t-shirt with black denim. He also rocked a bearded look while his hair was styled in a ponytail. For those unversed, Hrithik and Saba have been rumoured to be in a relationship for a few weeks. They have been spotted on lunch and dinner dates several times. Saba had also joined Hrithik and his family for a lunch at their residence.

On the work front, Hrithik has the Hindi remake of the Tamil film Vikram Vedha, alongside Saif Ali Khan. He also has Fighter with Deepika Padukone in the pipeline.

Saba Azad, on the other hand, was recently seen in the critically acclaimed series Rocket Boys, where she essayed the role of Parwana Irani, the love interest of scientist Homi Bhabha.