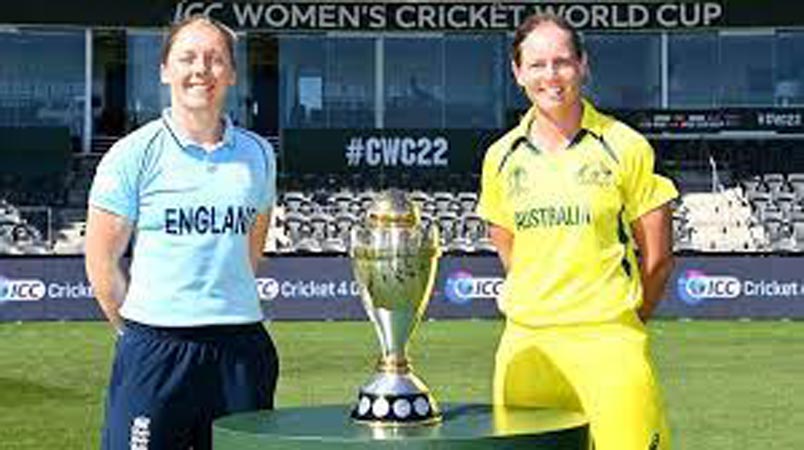 CHRISTCHURCH: Australia’s star all-rounder Ellyse Perry was tipped Saturday to take her place in the Women’s World Cup final against England despite a nagging back injury, but was unlikely to bowl. The Australian cricketing icon, who has achieved multiple batting and bowling firsts on the international stage, is continuing to struggle with back spasms which sidelined her from the past two games. Following a rigorous training session on the eve of the final on Sunday at Hagley Oval in Christchurch, Australia captain Meg Lanning said it was “looking pretty good” that Perry would play as a specialist batter. Australia are aiming for a record seventh World Cup victory while defending champions England are seeking their fifth.

In this tournament, Australia have maintained an unblemished record, starting with a 12-run victory over England, their closest result, and building to a 157-run walloping of the West Indies in the semi-finals. It has been a rockier path for England who were on the brink of elimination after losing their first three games before recovering to win the next five — including a 137-run semi-final thrashing of South Africa. “It’s obviously brilliant to be in this position, knowing where we were a couple of weeks ago,” said England captain Heather Knight, adding there was “no magical moment” when they turned their form around. “It doesn’t fit the story that people want to write but it was just about remaining as calm as we could, not panicking, and realising that a lot of things that were going wrong were in our control.”

While England have lost their past seven ODI’s against Australia and are underdogs for the final, Knight felt their experience at Hagley Oval, where they played their semi-final, would help. “It’s a slight advantage potentially. We obviously know the conditions. We played a few games here last year as well before the World Cup,” she said. “It’s going to be a fresh wicket though, so both teams will have to assess quickly how it’s playing.”

England have a fully-fit squad to call on, but Australia have been sweating on Perry’s fitness for the past week. The Australians prefer to have seven bowlers in their armoury, but Lanning said they may have to do with six given Perry’s injury. “She can definitely play as a specialist bat and that’s probably the most likely scenario to be honest,” she said.

“She hasn’t bowled for a couple of weeks now and it would be difficult for her to come out and bowl in a final.” Lanning also dismissed suggestions that not having played on Hagley Oval, and experienced the impact of the evening dew, would disadvantage Australia. “We’re pretty confident in terms of what we think might happen,” she said. “We’re well-equipped for batting or bowling under lights, it really doesn’t bother us. We’re as best prepared as we can be. We’ve had a look (at the pitch), we think we know what’s going to happen and now we’ve just got to play to it.”