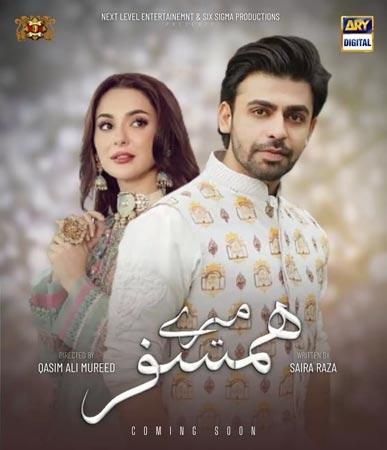 Episode 14 of ARY Digital’s family drama ‘Mere Humsafar’ – which aired earlier this week – has left fans grieving for Sameen going through a heartbreak. As the family celebrated the union of Hala Nafees Ahmed and Hamza Raees Ahmed, their cousin Sameen Jalees – who was madly in love with Hamza, and wanted to marry her – attempted suicide after coming back from Valima. Later, Hamza enters the scene to console Sameen, who complained to him of the ‘wounds on her heart’, “I have wounds on my heart, wish those can be seen and treated,” she cried. The promo of upcoming episode 15 promised an engaging rollercoaster as Hamza assured Hala that ‘he is there for her’ while his mother, Shahjahan Raees continues to plot against her daughter-in-law, and invited over her ex-flame Khurram. It will be interesting to see whether this suicide attempt by Sameen and the deceptive moves of Shahjahan will convince Hamza to leave Hala and marry Sameen instead, or he will continue being a true gentleman and will back his wife in the upcoming turnabouts.