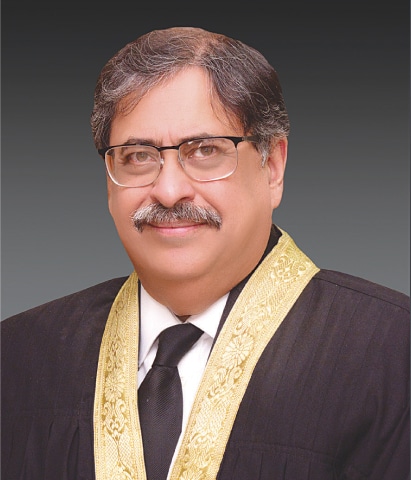 Islamabad High Court Chief Justice Athar Minallah stated that forced disappearance is tantamount to treason and warrants the filing of a treason case against the perpetrator, while also stating that the government’s failure to stop the forced disappearance demonstrates its ineptness.

On Friday, Chief Justice Minallah was hearing the case of journalist Mudassar Naro and other missing individuals in Islamabad.

The chief judge bemoaned the government’s refusal to listen to the long-protesting Baloch students. “If people go missing, it shows the state’s incapacity,” he added.

During the hearing, the assistant attorney general told the court that Khyber Pakhtunkhwa police and other concerned authorities worked hard to find Mudassar Naro’s location. A dead body was also discovered near the Kanhar River’s bank. But it wasn’t Mudassar’s, he added.

On this, the CJ questioned whether it was not the failure of governmental institutions to locate Naro.

He expressed his expectation that, as a result of this case, the federal government would tremble.

The AAG stated that the state was taking the case seriously. However, the CJ requested that he show any progress made in this case to the court. He stated that it was the responsibility of both the federal and provincial governments to address the issue of missing persons. “Nobody can go missing without their consent,” Justice Minallah stated.