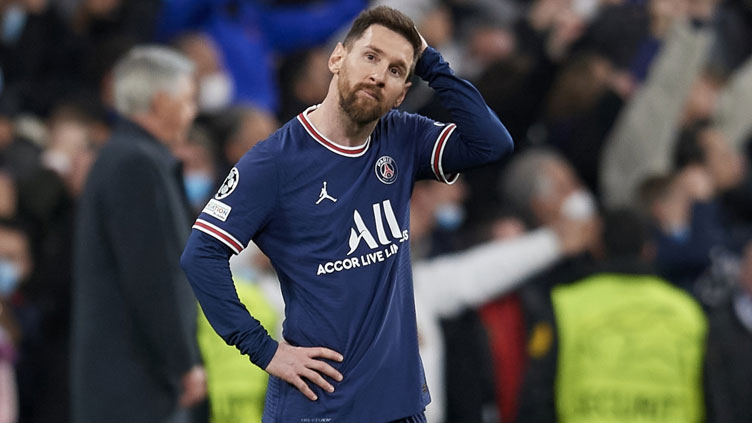 Paris: A season that started with such feverish excitement is turning out to be nothing short of a fiasco in Paris for Lionel Messi, who suffered the ignominy of being booed by his own supporters last weekend.

Unhappy Paris Saint-Germain fans targeted the Argentine as well as Neymar during the 3-0 win over Bordeaux that followed the club’s spectacular Champions League elimination at the hands of Real Madrid.

“We understand their disappointment, their feeling of hatred,” admitted PSG defender Presnel Kimpembe.

Adored in Barcelona, from where he made a tearful exit last August, the seven-time Ballon d’Or winner suddenly found himself in a position he had never previously experienced during his remarkable club career.

The 34-year-old still has 10 games left with PSG this season, including Sunday’s trip to Monaco, but he could be forgiven for wishing the campaign were already over.

In some respects, it is, given PSG have again failed to win the Champions League.

When Messi was unveiled at the Parc des Princes at the start of the season he admitted winning another European Cup was his “dream” and said he felt he was in the “ideal place” to do it.

It was not to be, at least this season, and Messi will be 35 by the time the next campaign begins. Instead, all he can look forward to for now is winning the Ligue 1 title.

Mauricio Pochettino’s team is currently 15 points clear of Marseille and Nice, and surely, PSG cannot throw that advantage away.

In any case, reclaiming the domestic title will be a very hollow victory for a club that enjoy such an enormous financial advantage over their rivals — Messi’s salary alone is reported to be around 30 million euros ($33.4m) net in his first season in Paris.

The player who is arguably the best of all time has failed to come remotely close to the form he produced so regularly in Barcelona.

He has just seven goals in all competitions this season, only two of which have come in Ligue 1 — in contrast, he scored at least 31 goals in each of his last 13 seasons at the Camp Nou.

A campaign that started late due to his lack of a pre-season was also interrupted in the middle when he tested positive for Covid-19 during a trip back to Argentina.

Messi has therefore missed significant chunks, and the flashes of his genius have been too fleeting.

There has already been speculation in France that he could seek a move away from Paris, but for now, he must try to focus on what is left of the season and the remaining games alongside Kylian Mbappe before the France superstar’s expected departure for Real Madrid.

At 38, the veteran Portuguese defender deserves to be singled out for praise. Despite his advancing years, he is the only outfield player to have featured in every minute of every Ligue 1 game this season, 28 matches into the campaign.

Indeed Fonte — a standout in the Lille team that won the title last season — has played every minute of his club’s 39 matches in all competitions, including on their run to the Champions League last 16.

50 – Mauricio Pochettino is set for his 50th Ligue 1 game in charge of PSG.

6 – Six-time French champions Bordeaux have not won any of their last six games and prop up the table, five points away from outright safety.