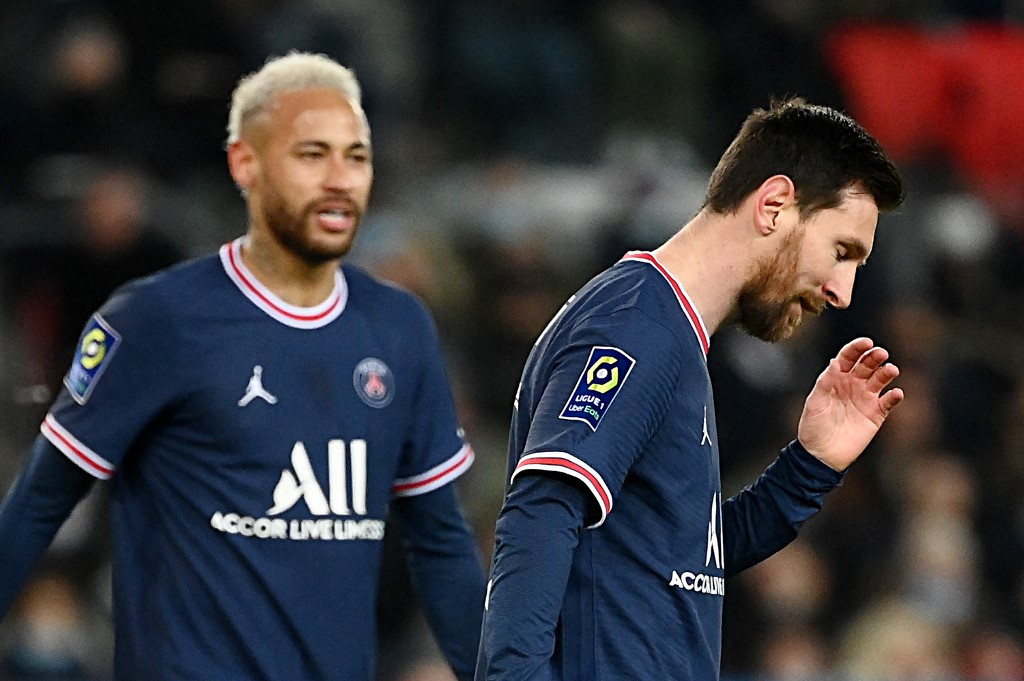 Amid a gloomy atmosphere in the French capital, only Kylian Mbappe, who scored both goals in the last-16 Champions League defeat to Real Madrid, escaped the wrath of the fans.

On Sunday, Mbappe was again on target, scoring the opening goal after 24 minutes with Neymar and Leandro Paredes adding two more in the second half.

PSG holds a 15-point lead on second-placed Nice and is on track to equal Saint-Etienne’s record of 10 French titles, but the frustration of their home fans spilled over.

Seven-time Ballon d’Or winner Messi was booed as never before in his career, even in the rare bad times with Argentina, and whistled at every touch of the ball.

Coach Mauricio Pochettino said the players had reacted to the hostility “with sadness”.

“No-one who loves PSG, its colors, and who feels the frustration of elimination, can experience it in any other way.

“Sadness. I think that is the right word. The sadness of experiencing an afternoon like this here at the Parc des Princes.

“Messi and Neymar? We are all affected; we understand the disappointment and frustration, which we share. However, we are responsible. We only have to accept it as a team and we will be united until the end.”

Ligue 1 is Pochettino’s side’s only objective this season.

“We are satisfied with the performance of the team in difficult circumstances, the team responded, with a professional performance, with a 3-0 win,” added the Argentine.

Mbappe blasted in the first goal from Georginio Wijnaldum’s pass in a move also involving Messi. It was the World Cup winner’s 15th goal of the season in Ligue 1.

Neymar added a second seven minutes after the break with Messi again sending the ball through for Achraf Hakimi who teed up the Brazilian to score.

Paredes got on the scoresheet for the first time this season after an hour, firing the ball into the roof of the net.