Friend of the Baloch and Balochistan

It was a shocking news when I heard Asad Rahman, alias Chakar Khan, 62, a prominent human rights activist, journalist and guerrilla leader of the 1973-77 resistance movement in Balochistan passed away on October 29, 2012. Asad Rahman was a frontline campaigner for Baloch rights. As a guerrilla commander, he played a leading role in the Baloch resistance movement of the 1970s. In his journalistic writings, he advocated Baloch rights. As programme organiser/director of Sungi, he provided a platform for the Baloch nationalists, journalists and human rights activists to raise voice for their rights. Asad Rahman was given the name ‘Chakar Khan’, after the legendary 15th century Baloch statesman, during his sojourn among the political workers in Balochistan.

I met Mr Rahman in June 2010 during an amplified conference about Balochistan in Islamabad, conducted by Sungi Development Foundation, where he was the director of programmes. It was one of those remarkable programmes in which he had invited Baloch nationalists, activists, journalists and influential persons like the governor of Balochistan, Zulfiqar Ali Magsi and Senator Raza Rabbani to deliver to them that the Aghaz-e-Haqooq-Balochistan Package was not a panacea for the Baloch ailment.

In the first meeting, I was surprised that Mr Rahman had command and fluency over the Balochi language. How could a western dressed man with a French-style beard speak Balochi fluently? That is where I was introduced to him — Asad Rahman, alias Chakar Khan. Once he admired me for one of my articles, published in Baloch Hal, about the ‘kill and dump’ routine against Baloch journalists. He even wrote a comment on my blog: “Good article, Ajab, I will circulate it.” Since 2010, I was yearning to read about him. He was interviewed candidly by Malik Siraj Akbar, a well-known Baloch journalist, and the editor-in-chief of the first Baloch online English newspaper, Baloch Hal.

Asad Rahman was the son of the late Justice S A Rahman, who retired as the Chief Justice of the Supreme Court of Pakistan in 1968. Asad was born in Murree on August 11, 1950, and educated at Lahore. As a student and campaigner at the Government College, Lahore, he participated in the 1968-69 anti-Ayub movement. When he completed his intermediate in 1969, he left for London to study architecture. One of his brothers, Rashed Rahman, is a well-known journalist and political analyst (and currently the Editor of Daily Times).

During the period of his studies in London, Asad joined a study group of Pakistani workers and students. The group would study the literature of different schools of political thought, eventually verging towards Marxism. According to Asad, these studies propelled him to go to Balochistan and educate the masses about their rights while highlighting the exploitation by the rulers of the common man.

The study group was publishing a monthly magazine with the title Pakistan Zindabad. When the mentioned group felt reservations about the military crackdown and civil war in East Pakistan in 1971, the magazine focused on topics such as a nation’s rights, minorities’ rights and fundamental human rights. The magazine identified the main causes of East Pakistan’s rebellion, particularly a colonial-style economic exploitation. Through the magazine, Pakistanis in London, Manchester and Birmingham were notified about the country’s misfortune. Similarly, through the magazine, Pakistan’s indigenous, left-inclined masses were brought into focus.

This magazine created an interaction bridge between the group and the Baloch nationalist struggle. After long discussions, members of the group decided to go to Balochistan and participate practically in the Baloch movement for rights, while keeping an eye on the possibilities of a broader movement throughout Pakistan for the rights of the nationalities and socialism.

In March 1971, Asad Rahman was the first and the youngest one of the group to return with the intention of joining the Baloch guerrillas.

The writer is a Baloch author and human rights activist. Currently, he is a sub-editor at monthly Bolan Voice Quetta, a staff writer at The Baloch Hal and a freelance online columnist 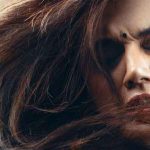 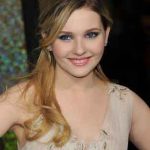 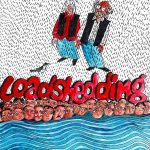