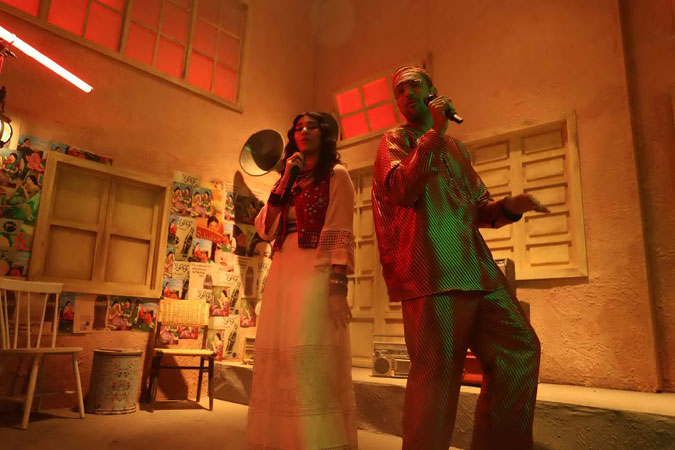 Ali Sethi and Shae Gill’s Coke Studio 14 duet Pasoori has bagged the third spot on Spotify’s Global Viral 50 list. Pasoori, a song about embracing and expressing yourself, was released in February and received rave reviews on social media. The song has since amassed 29 million views on YouTube.

Pasoori was written by Ali and Fazal Abbas and composed by Xulfi. The music was produced by Xulfi and electropop artist Abdullah Siddiqui, associate producer on this year’s Coke Studio edition.

Ali Sethi started writing Pasoori when artists from Pakistan were banned across the border, states a press release.

“Turning angst into art, he wrote two lines of the song: one inspired by the need to celebrate artistic self-expression and the other a fun quote he had seen on the back of a Pakistani lorry.”

After Spotify revealed the song’s global success, Ali said that Xulfi had predicted it a year ago.

“One year ago, when Zulfiqar Khan heard this tune I’d sent him on a voicenote, he told me with tremendous calm that it will enter the global charts,” said Ali. “I laughed, drank my coffee, and put it out of mind. Today, I woke up to this… insanely happy.”

Xulfi remarked that he was “speechless” and added that it was their vision to see Pakistani music on the global charts.

Abdullah Siddiqui said he had no words for the song’s tremendous achievement.