Security beefed up in Rawalpindi after deadly Peshawar blast 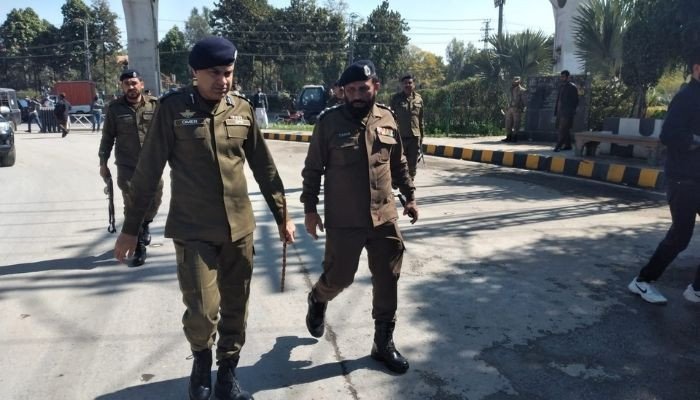 RAWALPINDI: Regional Police Officer (RPO) Rawalpindi Ashfaq Ahmad Khan on Saturday directed district police officers to beef up security across the region after deadly Peshawar blast that martyred over 60 worshipers and injured around 200 others on Friday.

According to police spokesman, the RPO gave further directions to enhance security at religious places, educational institutions, and public places to avoid any untoward incident. The RPO in his directions ordered that the additional police personnel should be deployed at sensitive locations across the region. He also stressed to intensify intelligence-based, search and sweep operations in all districts to stem any threat of terrorism. District police officers should personally monitor intelligence-based, search and to ensure patrolling, he added.

The RPO made it clear that it was the prime duty of the police to protect lives and property of the people. Meanwhile, City Police Officer (CPO) Umar Saeed Malik visited to review security arrangements regarding cricket matches played between Pak-Australia at Rawalpindi cricket stadium at the second consecutive day. On the occasion, the CPO said all available resources were being utilized for foolproof security of Rawalpindi Cricket Stadium, surroundings, and cricket teams during Pakistan-Australia cricket matches.

The CPO Rawalpindi flanked by SSP Operations, SP Rawal, and other officers inspected the cricket stadium, routes, and surroundings. CPO Malik said the best security and traffic arrangements have been ensured for Pakistan-Australia cricket series. The CPO Rawalpindi informed that more than 4,500 security and traffic officers and personnel were performing security duties during cricket series.

The revival of international cricket was welcomed at all levels, the CPO said, adding that effective security arrangements were being implemented. “Moreover, uninterrupted flow of traffic is being ensured during the cricket series,” he added.